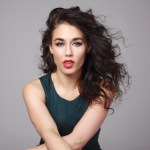 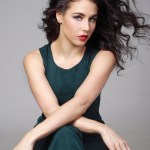 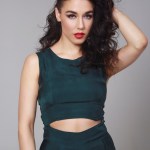 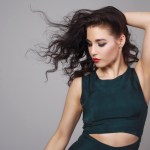 ‘The Magicians’ left us in limbo after the Season 2 finale, wondering if Penny would survive the disease ravaging his body. Actress Jade Tailor, who plays his love interest, Kady, teases his fate in the new season!

The Magicians finally returns tonight, January 10th, and we cannot wait to see how the gang tackles their newest challenge: life without magic. However, that’s not their only problem. Penny (Arjun Gupta) is terminally ill after visiting the Poison Room to get Julia (Stella Maeve) a book on killing Gods, and with magic gone, there’s no way to cure him. Jade Tailor, who plays badass magician Kady Orloff-Diaz, and also happens to be Penny’s love interest since the first episode of Season 1, spoke EXCLUSIVELY with HollywoodLife about where Season 3 picks up and Penny’s imminent death. Plus, make sure to check out Jade’s EXCLUSIVE HollywoodLife portraits HERE!

“He has super cancer, and it’s sort of like what do you do when there is no magic, when the only solvent is magic? They don’t have magic. They don’t have anything to solve this problem that they’re facing, and you’re watching a person that you love die before your eyes and you have no control over it. It’s like life, so it makes it a very dire circumstance for them starting off in season three,” Jade shared. With Penny in the Library and Kady without magic and unable to get to him, she begins her journey through Season 3 determined and fighting for her love. “Kady can’t get there, so basically, she’s forced to do anything and everything possible in order to try and get magic back to be with him. You see her really struggling through a lot at the beginning of the season to try and make that happen.”

But, if you’re a fan of the show, you know that Kady is not one to lose her grit when she’s faced with a challenge. She’s strong, able and powerful on her own and will fight until the end for the people she loves, with or without magic. “If you look at all the other characters in The Magicians, magic sort of defines them. If you look at Kady, if there was no magic, she’d just punch someone in the face and knock them out. She didn’t really need it. It didn’t define who she was. The only reason why magic was important was because she needed it to save people’s lives,” Jade said, adding, “This is the first time really she needs it in order to help this person survive. It gives it a lot more weight and depth than I think it would have in the past.” Well, Fillorians, you’re just going to have to watch to find out how Kady, Penny and the gang handle their next greatest test!

HollywoodLifers, watch The Magicians every Wednesday night at 9 PM ET on SyFy!