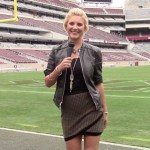 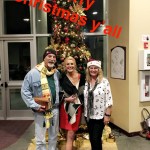 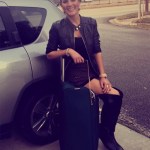 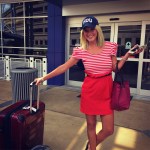 Texas sports reporter Courtney Roland went missing on Jan. 6, but she was been found safe two days later. Here’s what you need to know about Courtney and the latest on the situation.

UPDATE: Courtney Roland has been found safe. The Houston police tweeted on Jan. 8: “Our officers have found Ms. Roland in the Galleria area. She appears unharmed. She’ll be taken to an area hospital for an evaluation. We are not providing the location where she was found or hospital at this time.”

1. Courtney Roland was last seen on Jan. 6. The sports reporter, who covers Texas A&M for Rivals.com and AggieYell.com, was last seen leaving a football camp in the Houston area at around 4 p.m. on Jan. 6, Anthony Dasher of UGASports.com reports. Courtney left the camp in an Uber. She was wearing a camouflage fleece sweater and an orange hat, according to KHOU 11.

2. Her car was found the next day. Her Jeep Cherokee was found after midnight on Jan. 7 at the Galleria, a Houston shopping center, CBS reports. Courtney was nowhere to be found. As of early Jan. 8, Courtney is still missing. According to police, Courtney’s phone was found inside her car. Her purse, which included an iPad, computer, and credit cards, were also found inside the Galleria.

3. She reportedly texted her roommate about a stranger following her. Her roommate told Click 2 Houston that Courtney texted and said a man followed her home in a blue truck. Courtney parked her car in the driveway, and the blue truck looped back around and parked behind her. When Courtney got out of her car, the man in the truck sped off. Courtney and her roommate were supposed to meet up, but the roommate never heard from Courtney again.

4. Her parents are pleading for information about Courtney. The reporter’s mother later received a text saying, “hello the owner of this phone Courtney. I am buying an iPad,” according to Click 2 Houston. Her family issued a public statement early on Jan. 8. “If somebody has hers, we just want to tell them we love you too. And I know Courtney would be praying for you, because that’s the way she was. She cared for other people,” her dad, Steve Roland, said.

5. She’s also model. In addition to covering sports, Courtney has also modeled in the past, according to her resume. She has been featured in print ads, commercials, and live runway events.

BREAKING: We spoke with #CourtneyRoland parents and friends who are pleading for info on her whereabouts. She was last heard from Saturday evening near the heights, her car located this morning near Galleria/Post Oak. Info call @houstonpolice. Details #khou11 pic.twitter.com/LuC4aIjeTl