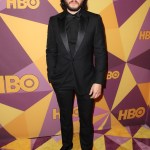 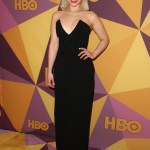 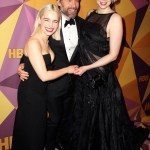 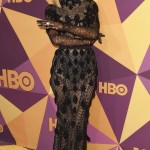 They dated the same guy, but that didn’t stop Nina Dobrev and Nikki Reed from hanging out (sans Ian Somerhalder) after the Golden Globes. See the pic here!

Nikki Reed is married to Nina Dobrev’s ex, Ian Somerhalder, but the ladies put any awkwardness aside for a reunion at the 2018 Golden Globes after-party. Lea Michele took to Instagram to share a photo of herself, Nikki, Nina and Julianne Hough, which she captioned “Girl time.” When Nina left The Vampire Diaries after six seasons, many speculated it was because of her ex’s new relationship with Nikki, and for quite some time, it was rumored that there was a bitter feud between the two women. For years, Nikki, Nina and Ian refused to address the rumors — but that all changed when the show ended in 2017.

Of course, Nina returned to TVD to make an appearance in the finale, and during the show’s farewell dinner last February, she posed for a selfie with Nikki and Ian. She didn’t allude to the rumored drama in the caption, but she did make sure to let everyone know that it’s “all love” between the trio, despite the potential awkwardness of a love triangle. Nikki also uploaded a photo of the threesome at the time, proving that the love is mutual on both ends. “Here’s to putting an end to all those fakes tories of on set jealousy, betrayal, made-up friendships lost & women hating women,” Nikki wrote at the time. “Because at the end of the day, that’s what this is about: Teaching girls that you have to hate other girls only breeds a generation of women who believe you have to hate other women.”

Nikki and Ian started dating in 2014, nearly a year after he and Nina ended their three year relationship. They got engaged in Feb. 2015 and married that April. Nikki gave birth to their daughter, Bodhi, in July 2017.

HollywoodLifers, are you surprised to see Nina and Nikki hanging out at the Golden Globes?