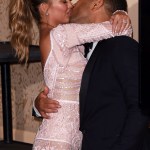 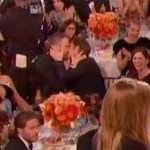 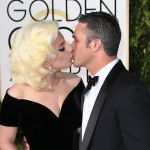 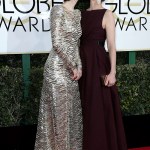 Amy Poehler is bringing lawyer Saru Jayaraman to the Golden Globes as her date! Here’s everything you need to know about this incredible social justice advocate!

Time’s Up, Hollywood! That’s the message female actresses and power players are sending when they attend the 2018 Golden Globes on Sunday, Jan. 7 following months of allegations concerning sexual assault and harassment in the industry. One way they plan to do that is actresses like Meryl Streep, 68, Emma Watson, 27, and Amy Poehler, 46, are planning to bring very special dates this year to the glitzy ceremony. Instead of bringing a parent or significant other, they will each have a powerful social and racial justice advocate by their side to help spread awareness that the norms are changing in the entertainment industry for good! As for Amy, she will be bringing Saru Jayaraman, 42, according to SFGate.com. Wondering who she is? We’ll fill you in!

1) Saru is a lawyer in LA who is the president of ROC-United. That stands for Restaurants Opportunities Center. It was founded after 9/11 when thousands of food service workers found themselves jobless in New York following the attack. They work to assistant immigrant workers in finding new positions. It has since expanded to help individuals not effected by the terrorist attacks. Head here to take a look back at the best dressed in previous years at the Golden Globes.

2) She was accepted at Harvard at the age of 16! However, her parents, who are LA natives, didn’t want her living so far away so she attended UCLA. Afterward, she attended Yale Law School and the Harvard Kennedy School of Government. So basically, when it comes to knowing the law in California and New York, Saru has it covered and then some!

3) She is not only is she a social justice warrior, Saru is also an author! She’s written 2 books: The New Urban Immigrant Workforce in 2005 and Behind the Kitchen Door: The People Who Make and Serve Your Food in 2013. What can’t this woman do?!

4) Throughout Saru’s career, she’s been given numerous awards for her important contribution. In 2014, she was named a Champion for Change by the Obama administration. She was also included in CNN’s “Top 10 Visionary Women” and was awarded a James Beard Foundation Leadership Award in 2015.

5) She is married to Zachary Norris, a human right’s lawyer. They have 2 children together.

HollywoodLifers, are YOU loving Hollywood’s decision to highlight social justice advocates during tonight’s festivities as much as us?! Let us know!