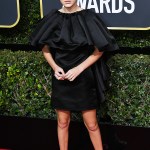 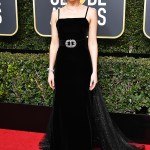 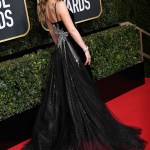 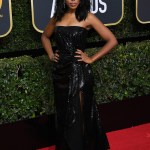 WOW! The 2018 Golden Globes just got that much more glamorous as Elisabeth Moss showed up in a breathtaking outfit! See her dress here!

Blessed be the fruit! The talented star of The Handmaid’s Tale Elisabeth Moss, 35, showed up to the 2018 Golden Globes looking absolutely stunning in a dress that was chic and that had a beautiful ornate color that seemed to shimmer. See? This is the kind of fashion you’re missing, Gilead! Wearing an elegant black dress accompanied by a gorgeous clutch, Elisabeth dazzled us all walking the red carpet this evening. While it’s still very up in the air whether she’ll take home a nice little gold statue, her choice of outfit was a true winner in our books. In a star-studded night that had so many beautiful black gowns and outfits, Elisabeth’s dress stands apart for its classic simplicity.

After giving a tour de force performance in the first season of The Handmaid’s Tale, Elisabeth is nominated for Best Actress in a Television Series Drama at the 2018 Golden Globes. Of course, who could forget when Elisabeth won an Emmy for inspiring work on the Hulu show? At the awards show in 2017, the Mad Men actress dropped an F-bomb in what was one of the most epic acceptance speeches of the night. We’ll have to see if Elisabeth drops yet another F-bomb tonight and whether she takes home the gold (literally) again! We’re keeping our fingers crossed for you, Elisabeth!

During her big first win, Elisabeth wowed us with her glamorous outfit. She looked chic and sexy — and in five easy steps, you too could master her look. Click here to see celebs who rocked the best Golden Globes red carpet fashion of all-time. 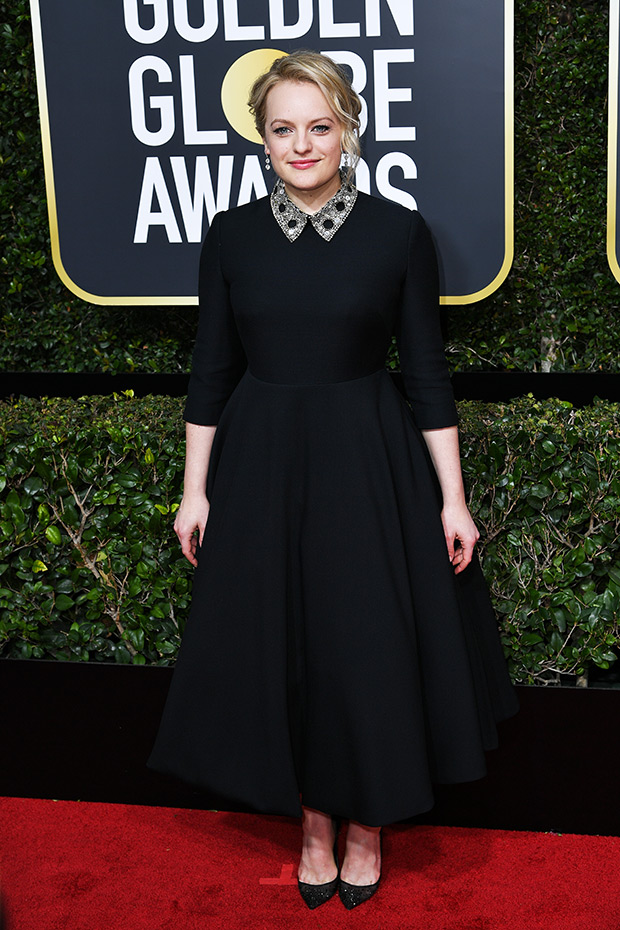 HollywoodLifers, were you just as blown away by Elisabeth’s dress as we were? Let us know in the comment section below!