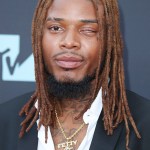 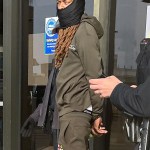 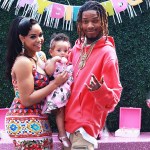 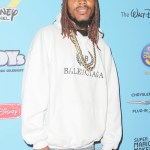 After experiencing a pregnancy scare and a super early delivery, Fetty Wap & his on-again-0ff-again GF Alexis Skyy have officially welcomed their baby daughter!

It’s happened! Fetty Wap, 26, and his baby mama, Alexis Skyy, 23, are new parents after Alexis gave birth to her first child — a daughter — according to a Jan. 5 report from TMZ. The little one, whom Alexis named Alaiya, arrived nearly three months early and reportedly weighed just a little over one pound at birth. She’s currently in The Neonatal Intensive Care Unit and is hooked up to an incubator, according to the media outlet. Click here to see adorable pics of celebrity babies.

Alexis ended up needing a C-section, but she’s reportedly doing just fine. Alayia is also said to be in stable condition, according to The Shade Room. Throughout the drama, Fetty apparently never left Alexis’ side, and he’s still with her at the hospital. Talk about a scary time! We’re just happy that it looks like the newborn will be ok.

Alexis’ water broke early on Jan. 2, according to TMZ, as the reality star was seen rolling in to a Georgia hospital with Fetty by her side. Inside the hospital, the rapper started recording a live video in order to give concerned fans an update on Alexis’ and the baby’s condition. “My baby good, everything good,” Fetty tiredly said while laying down on what appeared to be a cot next to Alexis’ hospital bed. Later, Alexis’ good friend Ikey took to social media with an update on the new mom’s condition. “Alexis & the baby is fine. Just keep her in your prayers & respect her privacy at the moment,” he wrote.

I finally got to see my 3D ultra sounds thanks to my mom @xo_nikki75 & @dr.m_jg Ladies in Atlanta if your expecting and want to come get a 3D ultra sound they have a bomb new machine i was the first to use it ! 😘 ALAIYA M 💗

While this will be at least baby number four for Fetty — he also has another kid on the way with a different baby mama — Alaiya is Alexis’ first. The proud mom is a newcomer to Love & Hip Hop: Hollywood and revealed she was expecting a baby with Fetty back in October 2017. “We are expecting,” Alexis admitted during L&HH Hollywood‘s reunion special. “And I’m going to show you how to slay this pregnancy for nine months.” She made the announcement right in front of Fetty’s other baby mama, Masika Kalysha, 32. Masika and Fetty already share one daughter together, Khari Barbie.

Tell us, HollywoodLifers — are you excited for Fetty and Alexis? Congratulate the two below!