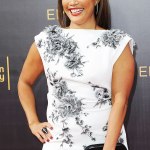 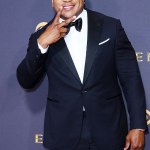 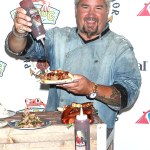 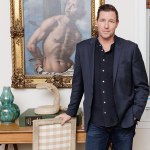 Each year, we all celebrate a birthday — but in 2018, there are 50 celebs who will be hitting a major milestone! Will Smith, Ashley Judd & more will all be turning 50 this year!

Celebrities, they’re just like us! Or, at least in the terms of how fast it takes them to make an entire trip around the sun. While some stars seem to defy aging, we all know it’s happening because you can’t help but get another year older, well, every year. And in 2018, there will be tons of A-Listers hitting a major life milestone: turning 50! Will Smith, 49, Lucy Liu, 49, Hugh Jackman, (you guessed it) 49, will all be hitting that big 5-0 sometime within the next 12 months.

While all of these famous people get to celebrate hitting half a century together in 2018, it’s weird to think of some celebs being the same age as other ones. For some reason knowing that Diners, Drive-Ins, and Dives star Guy Fieri and X-Files actress Gillian Anderson are practically the same age just doesn’t feel right. But it’s true! Guy will be celebrating his new age on Jan. 22, while Gillian will follow suit on Aug. 9. I want to believe they’ll both be taking a trip to Flavortown to commemorate the special occasions.

We’re sure Ashley Judd will be busy during her last few months being 49, as well as after her birthday on April 19. The actress is one of hundreds of women who helped unveil Time’s Up, an initiative aimed at confronting the abuse of power and promoting workplace equality, which was made in response to the numerous sexual misconduct allegations in Hollywood. Seeing as how she was one of the first women to come forward with accusations against Harvey Weinstein, 65, we’re sure Ashley will have a year focused on seeking justice for the countless women in situations like her own.

Click through the gallery above to see which other stars will be celebrating their 50th birthdays in 2018!

HollywoodLifers, who is your favorite celeb turning 50 this year? Did anyone on the list surprise you? Let us know in the comments!