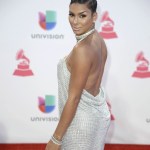 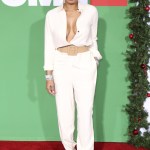 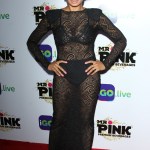 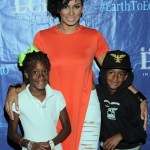 Laura Govan denies she’s Vincent Herbert’s alleged side chick, telling us that she  would ‘never dream’ of hurting Tamar Braxton or another woman like that!

“I am still in complete shock and it’s extremely upsetting that a new year is upon us and I’m still dealing with the same tired issues from my children’s father,” Laura Govan, 38, told HollywoodLife.com in a statement. “The allegations from Gilbert Arenas [her ex and father of her children] are completely false and couldn’t be further from the truth. As a woman and a single mother of 4 children, I experienced firsthand what it feels like to have your significant other step out on the relationship and get another woman pregnant and I would never dream of doing this to another woman.”

It was Gilbert who allegedly told Tamar Braxton, 40, that he saw Laura and Vincent Herbert, 44, together while on vacation (something Fameolous also said a source told them, though they reported that it wasn’t Laura who allegedly got pregnant) Tamar, after posting a scathing rant on Instagram about how Vincent’s “whore” admitted to the Braxton Family Values star that she was pregnant, seem to shade Laura in the comments section. “I’m not addressing that WHORE…I’m addressing him…not unless is [Laura] cause her baby’s daddy said they were f*cking around too.” Laura went on to deny that she’s the side chick in Tamar’s original rant and that she’s never been with Vincent, no matter what her ex said.

“Unfortunately, Gilbert feeds on misery and finds pleasure in spreading lies, suing me, not paying child support, and continues to try and hurt me,” Laura added in her statement to HollywoodLife.com. “To this day I still don’t understand why he can’t move on with his life because it not only hurts me, it hurts our children. I empathize with Tamar and I wish her healing. I have no issues towards Tamar or Vince, because I know who actually started all of this. I just pray that they leave me out of this, because I have really tried to stay to myself this entire year and moving forward.”

So much drama, all packed in the last few hours of 2017. On top of all this “he said/she said” about alleged affairs and pregnant side chicks, fans learned that Vincent was arrested on Christmas! “While celebrating the Christmas holiday as a family, after a few drinks and some jealousy, things got a bit out of hand,” Tamar told TMZ, adding that though things got a bit “exaggerated,” there was “no physical interaction between Vince and I.” He was busted for spousal assault and taken to jail and released on a $20k bond.

What do you think about all this drama, HollywoodLifers? Do you believe Laura when she says her ex, Gilbert, is trying to “hurt” her?