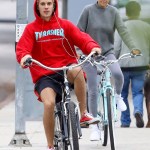 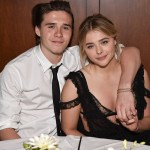 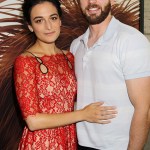 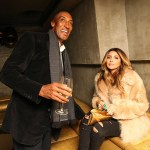 Between her kidney transplant and reunion with Justin Bieber, Selena Gomez has been through a lot this year — and her mom admits that it’s really taken a toll.

Selena Gomez‘s mom, Mandy Teefey, went on Instagram Live to share an update with her fans on Dec. 27, and she was admittedly very drained after a rough few days. Mandy explained to fans that she had been going through old family photos and videos to put together albums, and it seriously exhausted her. However, at the end of the video, she also admitted that the year as a whole had actually been quite tiring. “Um, it’s been a rough 2017,” she said. “And yo know what, 2018 can only be better. That’s what I’m hoping for.”

Of course, Mandy could be referring to the fact that her 25-year-old daughter had a life-saving kidney transplant over the summer. It’s unimaginable how terrifying something like that must be for a mother. However, Mandy has also reportedly had a tough time dealing with Selena’s reconciliation with Justin Bieber. The reunion seems to have caused quite a bit of friction between the mother/daughter duo, who recently unfollowed each other on Instagram. Mandy also spent time in the hospital earlier this month, and there were rumors that the hospitalization had to do with a huge fight she had with Sel over Justin. Yikes!

Selena was home in Texas for Christmas (without Justin) but it’s unclear if she spent any time with Mandy during the trip. She did go wedding dress shopping with her cousin, though, and proved to be the best maid-of-honor EVER by buying the soon-to-be bride her dream wedding dress. #GOALS!

HollywoodLifers, do you think Mandy’s message was about Selena and Justin?