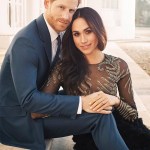 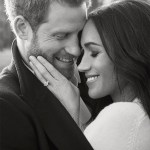 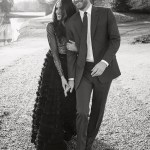 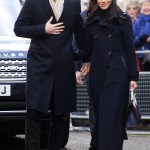 Kate Middleton reportedly won’t be standing by Meghan Markle’s side as a bridesmaid during the royal wedding next spring — but there’s a very good reason!

Meghan Markle and her future sister-in-law, Kate Middleton, seem to get along great, but won’t be asking Prince William’s wife to stand by her side when she marries Prince Harry on May 19, according to OK! magazine. The mag reports that, since Kate is due with her third baby in April, she will not serve as a bridesmaid the next month. It’s pretty understandable — going from pregnancy to having a newborn is a LOT to handle, and it would be added stress for Kate to have the pressure of worrying about bridesmaid duties on top of that.

“Meghan will find another role for her,” an insider tells the mag. Meanwhile, it’s expected that William will, unsurprisingly, serve as Harry’s best man, while Prince George and Princess Charlotte will act as a page boy and flower girl. OK! claims that Meghan will have her BFF and stylist, Jessica Mulroney, to be a bridesmaid, as well as Misha Nonoo, who first set the actress up with Harry in 2016. There may even be a spot for Serena Williams on the bridesmaid list, according to OK!

The buzzed-about royal wedding will take place May 19, about six months after Meghan accepted Harry’s proposal. The 36-year-old has already proven she fits in just fine with the royal family, though, as she spent Christmas with Harry and his loved ones in the U.K. this year. “She’s done an absolutely amazing job,” Harry gushed in a Dec. 27 interview. This event will certainly be the talk of 2018!

HollywoodLifers, do you think Kate should be a bridesmaid?