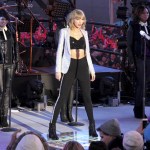 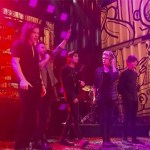 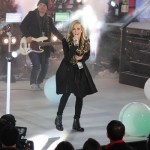 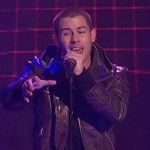 This year’s edition of ‘New Year’s Rockin’ Eve’ is going to feature some epic performances, including Mariah Carey’s comeback! Here’s everything you need to know to get you up to speed.

2. Ryan Seacrest is back as the host, with a little help. Ryan is the host of television’s largest live broadcast New Year’s celebration. He’ll be live from New York City’s Times Square with Jenny McCarthy once again. Ciara will take on hosting duties on the west coast. Lucy Hale will be hosting in New Orleans.

3. Last year’s New Year’s Rockin’ Eve was a memorable one for Mariah. Her performance was disastrous, to say the least. During her performance, her audio track malfunctioned and revealed she was lip-syncing part of the song. She ended up walking off stage. After the infamous performance, she tweeted: Sh– happens. Have a happy and healthy new year everybody! Here’s to making more headlines in 2017.” Well, Mariah’s back for redemption this year! She announced her comeback on Twitter. “Take 2,” she tweeted on Dec. 22.

4. The show will start way before it turns 2018. Dick Clark’s New Year’s Rockin’ Eve will start at 8 p.m. ET on ABC. The special will run right up until midnight and continue after 2018 arrives.

HollywoodLifers, who are you most excited to see perform on New Year’s Rockin’ Eve? Let us know!