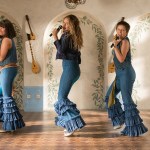 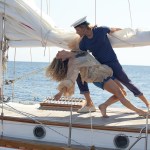 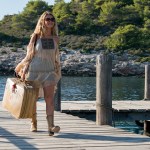 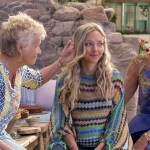 The ‘Mamma Mia! Here We Go Again’ trailer is here, and we’re getting hyped. Here’s everything you need to know about the new and returning cast members starring in the musical extravaganza!

Watch the trailer for Mamma Mia! Here We Go Again, which dropped Dec. 21, above, and get excited, because it looks like we’re in for a hell of a ride. We’ll get to see some of the origin story of Meryl Streep‘s character Donna, and since the movie will go back in time to accomplish that, a new cast of characters will be involved! Here’s everything you need to know about who will be portraying the “young” ones in the movie — and who will reprise their roles from the first film.

Luckily for fans of the OG Mamma Mia!, Meryl, Amanda Seyfried, Julie Walters, Christine Baranski, Pierce Brosnan, Colin Firth, Stellan Skarsgård and Dominic Cooper will be back to play their characters Donna, Sophie, Rosie, Tanya, Sam, Harry, Bill and Sky, respectively. (Rumor has it that there was a bit of tension on set between Amanda and Dominic, who dated in 2008 but split after two years together.) See more pics from Mamma Mia! Here We Go Again here.

As for the newcomers, Cinderella star Lily James, Jessica Keenan Wynn and Alexa Davies will be playing the younger versions of Meryl, Christine and Julie’s characters. Also, perhaps most importantly, Cher will be making an appearance as Sophie’s grandmother. Can’t wait!

HollywoodLifers, are you excited for the Mamma Mia! sequel? Tell us if you plan to go see it!