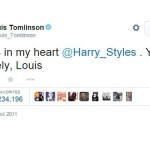 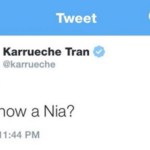 Twitter has cracked down on hate groups, users and violent videos with stringent new rules. We’ve got everything you need to know about the sweeping changes.

Hopefully hate will remain a thing of the past in 2018, at least on Twitter. The social media site rolled out a strict new set of rules on Dec. 18 that will affect everything from user names to tweets to violent videos. The site says that their new rules are meant to “reduce hateful and abusive content on Twitter.”  It includes new restrictions on tweets about violence or physical harm. “Specific threats of violence or wishing for serious physical harm, death, or disease to an individual or group of people is in violation of our policies,” their statement read. So don’t tell someone you want them to get cancer and die because it will be an infraction of the new hate rules and could get your account suspended.

Twitter also wants to make sure that hate acts are not celebrated on their site, and the new update forbids accounts form organizations affiliated with or promoting violence. “This includes celebrating any violent act in a manner that may inspire others to replicate it or any violence where people were targeted because of their membership in a protected group. We will require offending Tweets to be removed and repeated violations will result in permanent suspension,” their statement continues.

The social media site already made good on that promise by removing ultranationalist and Muslim hating UK group Britain First and the accounts of two of its leaders. They’ve been categorized as a hate group within their country and made international headlines when President Donald Trump, 71, retweeted several anti-Islamic videos posted by their deputy Jayda Fransen. Her account is now gone as is the one for her alt-right group. Click here to read the new policies in full.

Individuals are now forbidden from using hate speech in their usernames and even their profiles, which includes “any account that abuses or threatens others through their profile information, including their username, display name, or profile bio.” If someone’s profile info includes “a violent threat or multiple slurs, epithets, racist or sexist tropes, incites fear, or reduces someone to less than human,” Twitter will permanently suspend it. See the most controversial celeb tweets ever, here.

Under their new media policy, any symbols igniting hatred or violence will be in violation of Twitter’s rules. This includes “hateful imagery to be logos, symbols, or images whose purpose is to promote hostility and malice against others based on their race, religion, disability, sexual orientation, or ethnicity/national origin.” So sorry pro-Nazi’s, posting swastikas is NOT okay as if it ever was. It should be interesting to see how long Trump can go without somehow violating one of the new anti-hate rules.

HollywoodLifers, do you think people will adhere to Twitter’s strict new hate rules? Or so you think a lot of people are going to see their accounts get suspended?