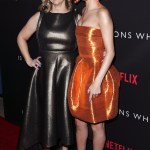 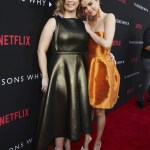 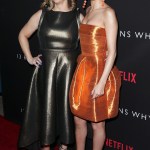 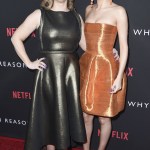 What’s up with Selena Gomez and her mom? They reportedly aren’t following each other on Instagram! Is this about Justin?

Did Selena Gomez and her mom, Mandy Teefey, just ghost each other on social media? Eagle-eyed Selenators realized that Selena isn’t following her mom on Instagram, and Mandy’s not following her daughter, either! The mother-daughter duo have reportedly been fighting over her rekindled relationship with Justin Bieber, so this totally fuels that rumor. It would make sense — Mandy probably wouldn’t want to see photos of her daughter spending time with the boy she allegedly doesn’t like, and Selena, like a lot of twenty-somethings, wouldn’t want her mom up in her business.

It’s important to pause, though, and note that they possibly weren’t following each other in the first place. We get it; sometimes we don’t want our family members knowing everything about our lives! Fans are concerned, though, considering that they just noticed this happened the same day news broke that Mandy was reportedly hospitalized in Los Angeles shortly after a “heated discussion” with Selena about Justin. Selena, according to TMZ, reportedly told her mom that she and Justin were in couple therapy, which apparently didn’t sit well with her. Mandy reportedly doesn’t trust Justin because of the way he allegedly treated Selena the first time they were together.

It’s unclear why Mandy was allegedly hospitalized, but TMZ claims that she was taken to the hospital from her LA hotel room after someone allegedly performed a “welfare check.” Meanwhile, Justin’s mom, Pattie, is overjoyed that Justin and Selena are back together. At the People‘s Holiday Benefit Luncheon in LA on December 9, she said, “if he loves her I love her, and I’ve met her and we have a special bond so I think she’s precious.” Gee mom, TMI!

HollywoodLifers, do you think Selena and her mother are fighting about Justin Bieber? Let us know!