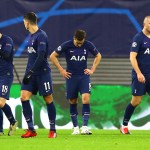 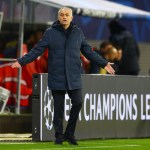 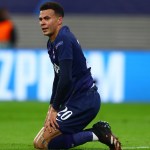 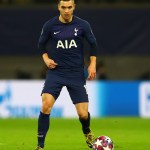 The undefeated Manchester City will try to keep their streak alive when they take on the Tottenham at 12:30 PM ET. Can the Spurs hand City its first defeat? Or will City claim another win?

The 2017-18 English Premier League is not even half-over and it looks like Manchester City has the title all wrapped up. With a comfortable lead over second-place Manchester United, the Sky Blues seem like they’re cruising to victory. Hower, Pep Guardiola’s squad may run into major bump in the form of Tottenham Hotspur. While last season’s runner ups have fallen out of the Top 5, the Spurs can spoil City’s golden record when they roll into Ethiad Stadium. The weather might be cold, but the action will heat up at 12:30 PM ET, so don’t miss this game!

Manchester City heads into this game riding a wave of momentum, thanks to a pair of domestic wins. City went over Swansea City, 4-0, on Dec. 13, following their 2-1 win over Manchester United on Dec. 10. These two wins come after Manchester City suffered their first loss since April, a 2-1 defeat at the hands of Shakhtar Donetsk in the group stage of the Champions League. While the loss ends City’s overall unbeaten record in all competitions, they still remain lossless in domestic play.

“It is never nice to lose a game,” said Pep said after the loss, per The Telegraph. “But it’s part of our profession and I think it is good for the club, good for the players, good for everybody because we were always going to lose a game.” Pep fielded a much younger team for that 2-1 loss, but with their spot in the next stages of the Champions League secured, this game was a change for inexperienced players to get some minutes out on the field.

Since that game, City’s gone back to their regular winning ways. The Spurs, on the other hand, could use a bit of a boost. The seventh-place Tottenham have suffered losses to Leicester, Arsenal, United, and Chelsea this season, while drawing against Burnley, West Brom and Watford. The Spurs were once considered title contenders. Now, they need to work their tail-feathers off if they want to make the top four.

Sports fans can watch this Premier League Game via NBC Sports’ official coverage (after providing the required login info.) Click Here for info on how to watch Manchester City Vs. Tottenham.

Do you think Manchester City has the Premiership wrapped up, HollywoodLifers?