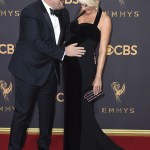 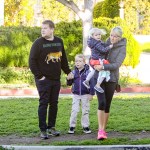 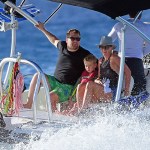 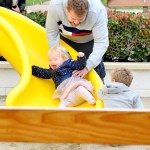 James Corden’s baby girl came as a surprise this week! And when the nurse asked for her name, the 1st thing James said was, ‘Beyonce.’ LOL. Watch him tell the story!

James Corden, 39, became a proud dad-of-three on Dec. 12 after his wife Julia Carey gave birth to a “beautiful” baby girl. Upon his return to The Late Late Show two days later on Dec. 14, James shared the hilarious story of his daughter’s unexpected birth — and what name was almost put on his little’s girl birth certificate! James and Julia are already parents to six-year-old son Max and three-year-old daughter Carey. But as for their new addition, she has yet to be named! Click here to see some of the cutest celeb babies in Hollywood.

“We still haven’t chosen a name for her yet,” James admitted on his talkshow. “After the baby was born, I was crying, my wife was crying her eyes out, the baby’s crying, and the doctor asked about a name. I don’t know why I said it, but I looked at the doctor and said, ‘We’re going to call her ‘Beyonce.’ My wife did not think that was funny.” The best part though? The nurse totally believed the comedian, and began to write down the information on a form! “I had to go over to her and say, ‘Excuse me, there is only one Beyonce.’”

At least the two got a good story out of it! You can’t blame James and Julia for not being armed with a name either. After all, James revealed they weren’t expecting their daughter to arrive for another few weeks! “We went in for a routine check-up on Tuesday, and suddenly the doctors turned to us and said, ‘Oh no, this is probably happening today. And this baby could arrive in the next few hours.’ Which was a complete shock, we were unprepared,” the star explained to his audience.

In fact, James was supposed to host a show that night, but he ended up having to find a replacement in Harry Styles, 23. “It’s a really terrible thing if you’re in a room and your wife is eight and a half months pregnant and the doctor’s talking to her about very serious things about giving birth, and there’s really no easy way to bring up the fact that you have to tape a show that day,” he continued. “Take my word for it, you can’t say that without sounding like a dick.” Regardless of the chaos though, the little girl was born healthy and happy, and we could not be more thrilled for James and his whole fam! We also can’t wait to find out what James and Julia REALLY decide to name their bundle of joy!

Tell us, HollywoodLifers — did James’ story make you LOL? What do you think he and Julia will end up naming their daughter?