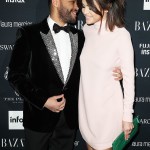 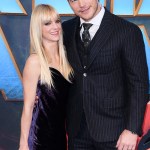 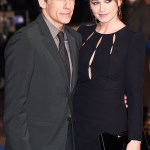 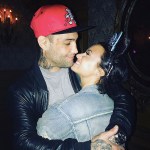 Unhealthy relationships are more common than you may think. Speaking with experts, we learned the telltale signs that indicate you need to break up ASAP!

Although toxic relationships are fairly common, most people who are in one, don’t even realize it! As it turns out, the signs of an unhealthy partnership can be super subtle, and mind games are constantly being played. But if you have an inkling you or someone you love could be tangled up in a destructive romance, there are a few ways to know for sure. First things first though, what exactly IS a “toxic relationship”? Speaking with multiple experts — including a life/relationship coach and sex therapist — HollywoodLife.com learned that it’s not necessarily when the love has disappeared from a partnership, but when the respect has.

“A toxic relationship is when a relationship no longer honors both parties,” Brooke Lewis, an award-winning actress, author, and celebrity life coach expert, told us EXCLUSIVELY. “Relationships ALL have challenges — if we say they don’t, we’d be lying. But a toxic relationship is about when you stop honoring each other in a friendship — when you no longer have that friendship, respect, and trust.” And as it turns out, identifying such a relationship can be easier said than done. After all, for Mary Jo Rapini, a sex therapist and relationship expert, signs of toxicity can be “very subtle.” Click here to see cute pics of celeb couples holding hands.

“[A toxic relationship is] when the other person isn’t maybe intentionally hurting you, but does hurt you with almost every encounter,” Mary Jo explained, adding that in a lot of situations women especially will believe it’s their fault. “People will think, ‘Maybe I’m just too sensitive?’ Stop that idea! It’s a head game we begin to play. I’ve never met ‘too sensitive’ of a person. I’ve meet people who may care a little too much what other people think, but never someone who’s ‘too sensitive.’”

But while the signs can be hard to see, they’re not invisible. According to Sameera Sullivan, a professional relationship coach and CEO of Lasting Connections, signs of toxicity can become quite clear “if you are willing to get out of denial and see reality.” “You have to look at it from a logical perspective and emotional one too,” Sameera explained. “Are you happy? Does this person make you happy or give you more anxiety?” Pretty simple, right? But of course relationships aren’t always so black and white. For Brooke, a major warning sign is when you realize you can no longer trust your partner.

If you find yourself not giving your partner compliments, and not receiving any from them either, that’s also a sign you could  be in an unhealthy situation. “It is so important to make the person in our lives feel good about themselves and about the relationship,” Brooke added. Another telltale sign is if you find yourself being brought down by your significant other. “One of the first signs of a toxic relationship is that you are not growing as a person because of it,” said Les Parrott, the founder of DeepLoveAssessment.com and the bestselling author of Saving Your Marriage Before It Starts. “You are stuck in a rut, spinning your wheels, when you should be making progress and becoming a better person — not a bitter person.

A second major sign, according to Les, is when you begin to recognize that you are continually “tending to your wounds.” “Toxic relationships create pain,” the author said. “You’ll eventually realize that you’re feeling guilty or ashamed or paranoid or untrustworthy. And in your heart you know this isn’t justified, but that doesn’t seem to change the feelings.” Does your partner also blame you for a lot of things and NEVER assume responsibility when things go wrong? Yep, this could be another sign! “They see you as the person with all the problems (never themselves). So they routinely play the blame game,” Les explained.

Putting it bluntly, Sameera, listed a few warning signs for us that almost certainly mean you need to get out — and fast. Her signs are:

In the end though, it almost always comes back to that gut feeling. “Anyone when you leave their presence, or when you’re alone thinking about the relationship, you just don’t feel good about it,” Mary Jo shared. “Many [toxic partners] have a tendency to be bullies — they’re cynical, maybe more jaded. You may mistake that for being macho or masculine — a lot of women think, ‘Well guys are just like this.’” Mary Jo advises not to write that behavior off though. “Listen to your gut and listen to your best friends. Sometimes your best friends, your mother, can tell you things about this person that you’ve never seen.”

Your partner’s family life is ALSO super important to read into. “I think a big warning sign is if they’re estranged or if they hate their parents — that’s a HUGE a warning sign,” Mary Jo said. “If you see any type of hostility in the family, that’s something they’ve grown up with.” Last but not least, if you’re partner doesn’t have a problem calling you out — especially in public — you should probably cut ties immediately.

“[Toxic significant others] often violate boundaries — they’re used to doing that. They’ll purposely violate a boundary that is not ok, and that’s one of the big warnings signs,” Mary Jo said. “You’ll tell them something in confidence and say, ‘Please don’t say anything about this, I’m embarrassed by this, etc.’ but then they will tell someone — right in front of you — and it’ll embarrass you. If someone doesn’t think anything of embarrassing you, that is a toxic person.” Amen to that!

Tell us, HollywoodLifers — what do you think of these expert tips? Have YOU ever been in a toxic relationship?