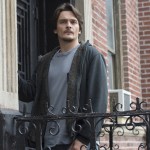 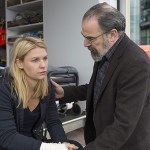 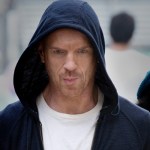 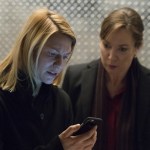 Ready for more ‘Homeland’? In the new trailer, it looks like Carrie and her longtime friend, Saul, are back on the odds thanks to their shady new President.

Homeland‘s seventh season premieres on Sunday, February 11 at 9pm ET, and the first trailer is a real doozy. The new season will pick up shortly after the sixth season, in which we lost our beloved Quinn (Rupert Friend) after an assassination attempt on the new President of the United States, Elizabeth Keane (Elizabeth Marvel). However, it seems that she’s pushing Carrie (Claire Danes) aside and taking on Saul (Mandy Patinkin) as her new National Security Advisor. This puts a real monkey wrench in Carrie’s plan because she’s one of the few people who seems to be onto the fact that something is off about President Keane. And you know how Carrie is, once she has her sights set on taking someone out — they are going to be taken out.

On top of the Carrie vs. Saul drama, we also have to keep an eye out for David Wellington (Linus Roache) who is very clearly targeting President Keane. The radicalist even appears to be putting together an anti-Keane-like cult of sorts, as he welcomes men onto his land to practice target shooting while preaching to them about his politics. Things get extremely tense when President Keane’s new advisor, Saul pays a visit to David and his men, which seems to make him a target.

Tell us, HollywoodLifers — What do YOU think about Homeland‘s season seven trailer? Comment below, let us know!