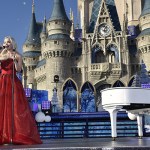 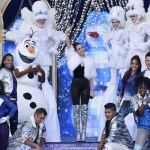 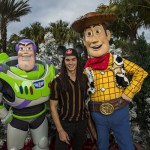 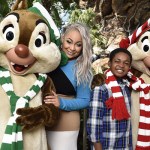 Stephen ‘tWitch’ Boss found a fairy tale love with his wife Allison Holker & now they’re helping others do the same… in Disney!

Stephen ‘tWitch’ Boss, 35, met his now-wife Allison Holker, 29, on So You Think You Can Dance, and the two pros literally salsa’d their way into love! Now, the pair are hosting Freeform’s unscripted series, Disney’s Fairy Tale Weddings, which kicks off tonight, Dec. 11, with the holiday special, Disney’s Fairy Tale Weddings: Holiday Magic. Sound like a dream come true? It is, especially for Allison, who told Us Weekly, “It’s such a special moment that I got to share with my husband. When they asked us to be a part of Disney’s Fairy Tale Weddings, I was honored to be a part of someone else’s moment that they’ll remember forever. It’s so special. It just seemed like a magical moment.” In the holiday special, which airs at 8 PM ET on Freeform, the couple, who celebrate their 4-year wedding anniversary this month, will give a behind-the-scenes look at fairy tale weddings and engagements at Disney destinations around the world!

In an EXCLUSIVE interview with HollywoodLife.com, promoting Enterprise’s new “Instant Insider” feature, tWitch revealed how he and Allison stay sane and relaxed while traveling during the holiday season, with their energetic nineteen month old son Maddox! “Maddox is great traveling… so far. He has taken a bunch of plane rides so far. Most of them have been fantastic, some have been borderline tragic. For the most part he’s great. When I say tragic, it’s not like he’s the not screaming crying baby, he just has so much energy. He just wants to get up and run around and play with stuff,” The Ellen Show DJ said. “He just wants to be moving. Truth be told, he’s mine and Allison’s son so that’s kinda where we get that from.” tWitch also offered some knowledge to parents who want to calm their kids during travel, “To all the dads out there put on a little Stevie, okay? Stevie [Wonder] can do the trick. Of course, you can never go wrong with some classic Michael tracks!”

Of course, with Allison and tWitch being professional dancers, there’s nothing like a Boss family dance party during the holiday season! “Here in the house, we’ll have music playing and we have impromptu dance parties all the time so, for Maddox that’s just normal life! When he sees Allison or I on TV he’s just like, ‘Yep that’s Mom. That’s dad. And they’re doing what they do around the house usually,” tWitch said. Now, when Maddox sees his parents hosting Disney’s Fairy Tale Weddings, he’ll be seeing them do things a little differently! From seeing the inner workings of a Frozen-themed wedding at Disney’s The Grand Floridian, to a stunning Disneyland wedding, four years in the making, Allison and tWitch will bring their efforts to another area they thrive in — marriage!

You can catch tWitch and Allison Disney’s Fairy Tale Weddings: Holiday Magic tonight, Dec. 11, at 8 PM ET on Freeform and, the full series which will start in Summer 2018! Plus, you can get travel tips and destination recommendations from tWitch through Enterprise Rent-A-Car’s “Instant Insider” program, posted on their Facebook page!