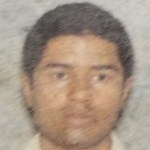 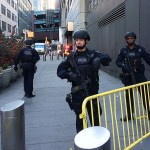 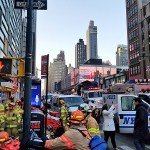 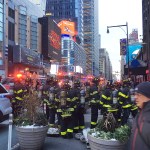 Christina Bethea was just feet from the explosion inside Port Authority when the device detonated on Dec. 11 in NYC. She told us that she quickly ran for her life.

Christina Bethea, 29 — who was commuting from Yonkers, NY — was mere feet away from the device that detonated behind her inside Port Authority in New York City on Dec. 11. After running to safety, she spoke with HollywoodLife.com EXCLUSIVELY outside the terminal, where chaos ensued at the scene of the crime. The eyewitness said she heard a loud “boom” as she was walking through a passageway at Port Authority, and she explained that it sounded like a loud gunshot. “I saw smoke and I got the hell up out of there,” she said. “I didn’t see nobody; I didn’t look for nobody; I just know, ‘Christina, this is not the place to be right now. Whatever’s going to happen, you’re going to see it on the news.'” Click here to see a video of the Port Authority explosion.

She continued — “I got out there, I called my friend. I said, ‘I think New York City just had an explosion. She [the friend] said, ‘Thank God, you had a good life. You’re ok!’… I’m happy to be alive. I believe in God, so whatever’s going to happen will happen.” Bethea said as she and others were running to a safe place, she did not see any injured victims or the suspect, a Akayed Ullah, a 27-year-old a Bangladeshi Brooklyn native.

Despite being shaken up from the explosion, Bethea admitted that her job in security helped to her to be more calm in a situation where people were panicking. As for if she will take public transit after being at the scene of today’s explosion? — Bethea says she won’t be taking any trains today, as she makes her way back to a loved one’s home in Harlem. However, “I may wake up tomorrow and take the train, but not today,” she said. Bethea explained how as an New York native, “anything can happen” in the city. She confirmed that she is feeling fine, and that she’s just happy she is safe. Upon witnessing the explosion, Bethea phoned her loved ones, friends and co-workers to make sure everyone was OK.

Most recent UPDATE: NYPD Commissioner, Bill Bratton, said the bomb suspect acted in the name of ISIS. He has been in the country for about seven years, living in Brooklyn, and was identified as Akayed Ullah. The New York Post reports that the suspect had wires attached to him, which he detonated prematurely. He reportedly had a pipe bomb and battery pack on him. The suspect was left seriously injured after detonating his explosive in an underground walkway. The FDNY confirms a total of four other injuries, all non-life threatening, at the scene of the explosion. NYC Mayor Bill de Blasio confirmed that this was an attempted terrorist attack, but reassured New Yorkers that there are no other threats at this time.

HollywoodLifers, leave your thoughts in the comments.