Spending quality time with his cute son, Louis Tomlinson couldn’t have looked like a more doting dad! And Freddie is so big now! See the star carrying his mini-me here.

Louis Tomlinson, 25, was on daddy duty this past weekend! Stepping out with his 1-year-old son Freddie Reign, whom he shares with Briana Jungwirth, 25, the former boy-bander was photographed meeting Briana for a custody handoff. Louis had most likely spent his weekend with Freddie, and the two looked happy and at-ease as the singer held his little boy. What’s even cuter is that Freddie is looking more and more like his famous dad, and it’s absolutely precious! Click here to see pics of Louis at the X Factor finale.

The 11-month-old now has bright blonde hair and a profile similar to Louis’. Seriously, it doesn’t get much cuter than this father-son pair! In the pics, Freddie is sporting a striped T-shirt, gray jeans, and black Converse sneakers. Meanwhile, Louis was playing it super casual in a green sweatshirt and matching sweatpants. While Briana and Louis split during Briana’s 2015 pregnancy, Louis is currently dating Eleanor Calder, 25. And apparently things are going “amazing” for the pair.

“Each relationship is different, but I am very, very lucky and very happy,” the “Back to You” singer told Metro’s Guilty Pleasures late last month, adding that he does want more children somewhere down the line. “Definitely [more kids] at some point. It’s one step at a time. That’s probably what I get most excited about, doing all the family stuff and dad stuff.” Aw! Well, in the photos from Sunday, Louis couldn’t have looked happier to be spending time with his son! 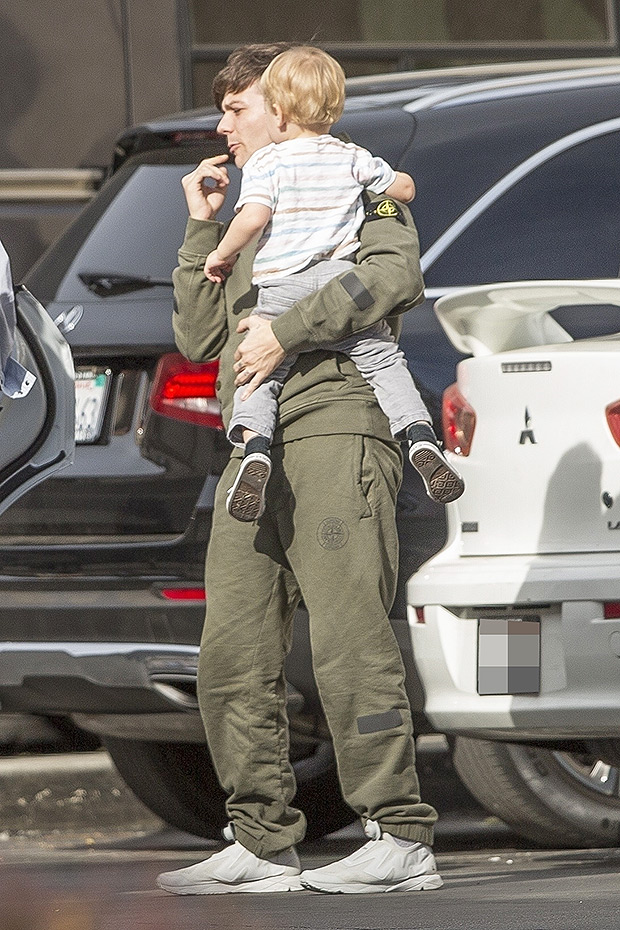 Tell us, HollywoodLifers — do you love seeing Louis and Freddie together? Do you wish the singer posted more photos of him with his son?