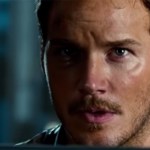 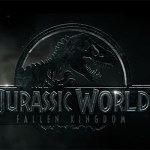 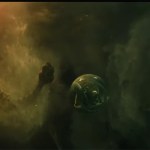 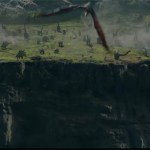 It’s a comeback 20 years in the making: Jeff Goldblum’s Dr. Ian Malcolm is back for ‘Jurassic World: Fallen Kingdom’, marking his first appearance in the franchise since 1997.

Jeff Goldblum, 65, is ready to face the dinosaurs once again. The iconic actor is back for more prehistoric action in Jurassic World: Fallen Kingdom, which is due out on June 22, 2018. Our first look at Dr. Malcolm’s return came in the form of a behind-the-scenes feature released just days before the highly anticipated sequel’s official trailer. “Here I am talking about dinosaurs again,” Dr. Malcolm says with an uncomfortable smile as we see him sitting in a courtroom. Dr. Malcolm is older now, obviously, but still extremely handsome and looking dapper as ever in a dark-colored suit. Even the new star of the franchise, Chris Pratt, can’t help but fangirl over Jeff’s return! “Jeff Goldblum. Not gonna lie, that’s pretty awesome,” the actor tells the camera with a huge smirk. Um, yes it sure is!

For those of you who don’t remember Dr. Malcolm’s arc in the original Jurassic Park films, let us refresh your memory. In the original 1993 film, Dr. Malcolm is invited to the park as an insurance consultant, but as you hopefully do remember everything goes terribly wrong when the power cuts out and a tyrannosaurus rex escapes. Eventually it’s Dr. Malcolm who comes up with a plan to get the power going, and with the help of the park’s creator, John Hammond, and paleontologists Ellie and Alan. In Jurassic Park: The Lost World (1997), Dr. Malcolm returns to the Isla Nublar after being publicly disgraced by John Hammond’s nephew for trying to go public with what he experienced at the park. However, it’s Hammond that eventually invites Dr. Malcolm back to the island’s “site b” where his nephew’s corporation is breeding and capturing dinosaurs to make money off of them. In the end, Dr. Malcolm’s reputation is restored after Hammond’s nephew, Peter Ludlow, tries to bring a t-rex to San Diego only for it to be let loose and wreak havoc on the city. It’s Dr. Malcolm and his girlfriend, Sarah, who lure the t-rex back into captivity on a cargo ship which allows it to be returned to it’s “natural” habitat at Isla Nublar. Dr. Malcolm is later mentioned in the third Jurassic Park film briefly, while two of his books are seen in Jurassic World.

Tell us, HollywoodLifers — Are YOU excited to see that Jeff’s Dr. Ian Malcolm is back for more Jurassic Park? Comment below, let us know!