After fan speculation over the summer, a new report claims Amy Adams really is pregnant — and that she’s ‘pretty far along’ with her 2nd child! Get the alleged details.

Amy Adams, 43, and her husband Darren Le Gallo, 43, are already the proud parents of 7-year-old daughter Aviana Olea Le Gallo, but, according to a new report from In Touch Weekly, the actress is pregnant once again! While HollywoodLife.com cannot confirm nor deny the alleged pregnancy, the mag claims the star has been expecting for a while, but she and Darren have kept the news top-secret. “Amy’s been keeping the news hush-hush, but she’s pretty far along. The buzz is that she’s having a boy,” a source told the publication, adding that she’s only shared the news with “family and a few close friends.” Click here to see gorgeous pics of celeb baby bumps.

If the rumors ARE true, fans may have been the first to realize it, as there was major speculation Amy had a bun in the oven back in August. “Amy’s very private and doesn’t like drawing attention to herself. But she and Darren are both very excited,” the source added. And apparently Aviana “can’t wait to be a big sister and have a little playmate!” The below photo is from August, and it’s partly what sparked Amy’s pregnancy rumors. At the time, the mom-of-one was attending producer Jennifer Klein‘s 19th annual Day Of Indulgence event in LA.

“Amy Adams is pregnant #Arrival,” one fan posted on Twitter at the time, referencing one of Amy’s latest films, Arrival. But expecting or not, Amy has gushed about motherhood in the past, revealing that she truly loves being a mom to little Aviana. “I read something recently about how the way we greet our children in the morning dictates so much of their self-worth during the day, and of course it can be hard if you’re up early and tired, but I try to put a smile on and be cheery with my daughter,” Amy told The Telegraph in 2014. We can totally see Amy being a great two-time mom if that’s what she decides to do! 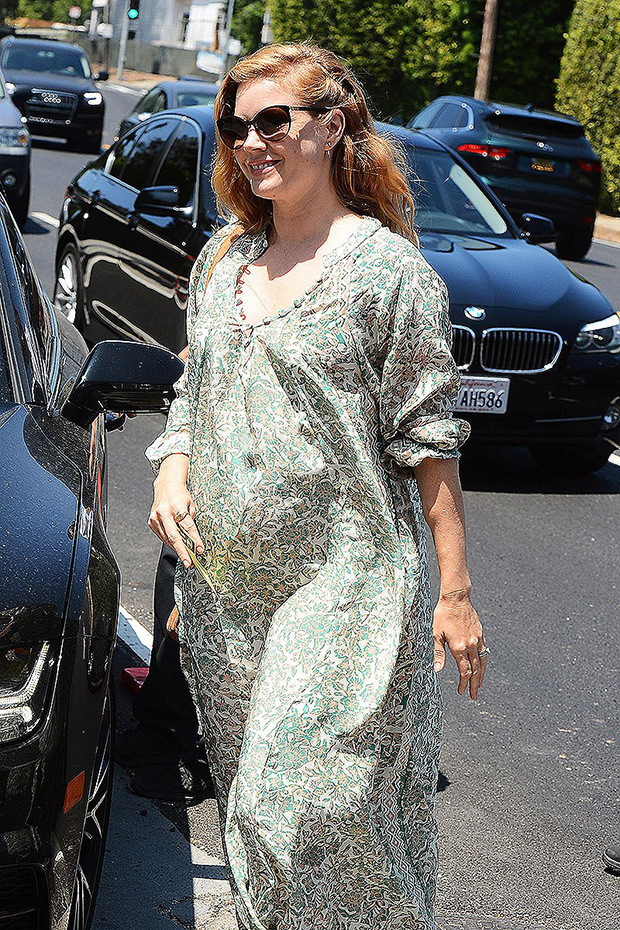 Tell us, HollywoodLifers — do YOU think Amy is expecting? If she is, are you excited for the actress to become a two-time mom?