The death certificate has been released by the LA County Coroner’s Office detailing former Veronica Mars star Brad Bufanda‘s tragic Nov. 1 suicide at just 34-year-old. He leapt to his death from the roof of a Hollywood apartment building at 12:40am, and the coroner determined he died from “traumatic injuries” and that his death was “rapid.” Under “describe how injury occurred” the answer is “jumped off a building” and that the place of his injury was a “sidewalk.” The document also reveals that Brad was living at home with his parents Fred and Robin in Orange County’s ultra suburban Irvine at the time of his death.

At the time of the tragedy, TMZ revealed that Brad left behind a suicide note that gave the name of his parents along with “thank you’s” to them and others  close to him. The actor’s rep told us at the time that, “We are completely devastated for he was an extremely talented young actor and wonderful, caring human being. He was reviving his career having just completed 2 movies and we are shocked and saddened by his passing. The family would appreciate privacy at this difficult time.” See pics of Brad, here.

Brad was best known for his role as Felix Toombs on the popular cult TV show Veronica Mars, as well as for the 2004 movie, A Cinderella Story. He’s also made appearances on Malcolm In The Middle, Co-Ed Confidential, Boston Public, and Days of Our Lives over the years. While Brad didn’t have any acting credits between 2012 – 2016, he had completed the films Stan the Man and Garlic and Gunpowder at the time of his tragic passing.

If you or someone you know needs help, please call the National Suicide Prevention Lifeline at 1-800-273-TALK (8255). 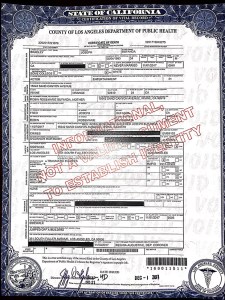 HollywoodLifers, leave your memories of Brad in the comments below.

Related: Robin Roberts’ Wife Amber Laign: All About Their Romance & Life Together