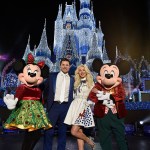 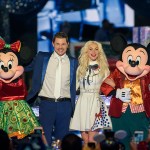 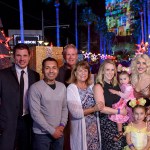 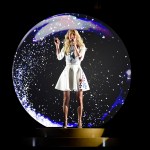 The stars came out for Disney’s holiday special, which aired Nov. 30, and Jason Derulo absolutely slayed the crowd with his gorgeous rendition of “Silent Night.”

Jason Derulo took the stage for The Wonderful World Of Disney: Magical Holiday Celebration, and showed us a side of himself that we don’t normally see! While we’re used to Jason breaking it down with upbeat performances, he slowed things down for this one, singing the much slower and serious “Silent Night.” The singer was totally in the holiday spirit with his blue, fur-lined coat, which went perfectly with the deep blue lighting during his performance. Jason was joined by a choir to back up his vocals, and the stage was lit up very festively as he entertained the crowd. Amazing!

Disney’s holiday special was taped at Walt Disney World Resort and Disneyland Resort earlier this month, and was hosted by Julianne Hough and Nick Lachey. Other performers included Lea Michele, Darius Rucker, Fifth Harmony, Idina Menzel and more. The parks were decked out in holiday decorations, and the special also included epic castle lightings from Disney Parks all around the world. If you enjoyed what you saw here, make sure to tune into Disney’s Christmas Parade on Christmas Day, which will feature more performances from these artists and other holiday goodies!

As for Jason, he has been hard at work on new music this year, and although his new album, 777, was expected in 2017, there still hasn’t been a confirmed release date. However, he will be hitting the road on tour in February and March, so fans will still be able to get their fix! Click through the gallery above to check out more photos from the Disney holiday show!

HollywoodLifers, what did you think of Jason’s performance at Disney’s Magical Holiday Celebration?! Are you excited for the holidays?