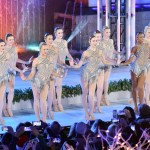 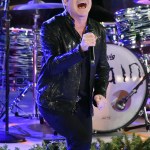 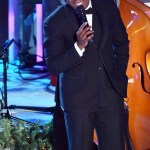 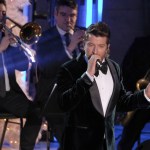 The holidays are coming, and Seal was on-hand to get us all pumped up for the season with an amazing performance during ‘Christmas in Rockefeller Center’!

New York City is never officially ready for the holidays until the annual Christmas in Rockefeller Center event, and this year, it went down on Nov. 29. As always, various performers came together to sing holiday classics during the special, and this year, that included Seal, 54. The singer hit the stage with a rendition of “The Christmas Song,” and it was absolutely breathtaking. Of course, the set was adorned with amazing holiday decorations, and thousands of people showed up to watch it all happen live. Seal just released his tenth studio album, Standards, on Nov. 10, and revealed that it’s the record he has “always wanted to make,” and we love seeing him so happy while performing after its release!

Seal was actually just one of many artists who performed at the event — he was joined by stars like Gwen Stefani, 48, Jennifer Nettles, 43, and many others. This was the 85th year of Christmas in Rockefeller Center, and while the event has majorly evolved from its start, one thing has stayed the same: The feel-good holiday cheer that it brings! Of course, the biggest moment of the night was the actual lighting of the tree. This year, the Norway Spruce came from State College, Pennsylvania, and stands at 75 feet tall. It took 50,000 LED lights to make the entire thing light up, and it’s quite a sight to see!

New Yorkers and tourists have little over a month to check out the tree in person, too, as it will be up until Jan. 7 this year. Take a stroll by Rockefeller Plaza to check it out! Check out these pics of Gwen Stefani bringing down the house at the Christmas in Rockefeller Center.

HollywoodLifers, what did you think of Seal’s performance at Christmas in Rockefeller Center?! Let us know your thoughts in the comments below!