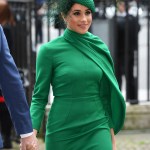 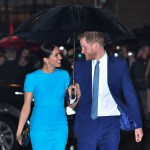 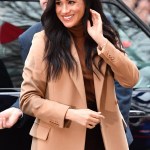 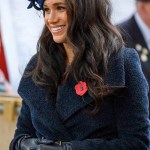 Prince Harry is one lucky guy! In honor of his royalty’s heartwarming engagement to Meghan Markle, we’ve rounded up some of the sexiest pictures of the gorgeous bride-to-be.

Here comes the bride! Well, technically soon-to-be bride. Meghan Markle, 36, and Prince Harry, 33, officially announced their highly-anticipated engagement on Nov. 27 in the most British way possible, by releasing a statement in the local news. “His Royal Highness The Prince of Wales is delighted to announce the engagement of Prince Harry to Ms Meghan Markle,” the article read. “The wedding will take place in Spring 2018. Further details about the wedding day will be announced in due course.” Will they have a summertime wedding? Or perhaps a winter wonderland theme! Either way, we’re beyond excited that this is finally happening!

As you may recall, the Suits actress and her royal suitor haven’t always had the most public romance, which makes their newspaper announcement even more surprising. For months these two kept things are quiet as possible, tip-toeing around the paparazzi and keeping the PDA at an all-time minimum. And now, only a year later, they’re getting married! The happy couple reportedly met through a mutual friend who attended the same school as Harry. About a month later in Oct., Meghan was taking beautiful selfies inside the Royal Box at the Wimbledon tennis tournament. NBD.

Well, there’s not secrecy now! Everything is out in the open — and we’re loving every second of it. At the lovebird’s engagement debut soirée, Meghan wowed in a simple yet chic white coat with nude-colored heels. Harry looked super dapper in a blue suit and matching tie. You could totally see the happiness on their faces as they posed for photos. The brunette bombshell is so excited about this new chapter, that she’s even giving up on acting to focus on her new role as Princess of Wales. We’ll miss seeing her on TV, but nothing beats the royal treatment!

HollywoodLifers, what is the sexiest thing about Meghan? Is it her looks? Her brain? Her acting talents? Comment below!