Woops! Adam Sandler was photographed heading to the Gotham Awards with his pants completely unzipped. Luckily, he caught the malfunction before heading inside!

Adam Sandler got all dressed up to attend the Gotham Awards on Nov. 27, but he forgot one very important thing after putting on his suit — to zip up his pants! The actor’s fly was totally unzipped when he got out of the car and headed to the red carpet, and photographers totally caught it. Luckily, the hilarious actor didn’t get too embarrassed by the wardrobe malfunction, and zipped up his pants right in front of everyone. He even seemed to crack some jokes about it as he went through the process of righting his ensemble. Phe!

The Gotham Awards were a star-studded event, and Adam attended as a nominee for Best Actor for his role in The Meyerowitz Stories (New and Selected). However, he didn’t take home the win, as it went to James Franco for his work in The Disaster Artist. Other winners included the buzzed-about Call Me By Your Name for Best Feature, Jordan Peele for Best Screenplay (Get Out), Saoirse Ronan for Best Actress (Lady Bird), and Timothee Chalamet for Breakthrough Actor (Call Me By Your Name). Awards season is officially underway, you guys!

Check out Adam fixing up his unfortunate wardrobe malfunction in the photo below, and click here to see more photos from the Gotham Awards red carpet, featuring stars like Margot Robbie, Nicole Kidman, Reese Witherspoon, Mary J Blige and more! Start checking out those talked-about films because they’re about to be all the buzz as awards season picks up. 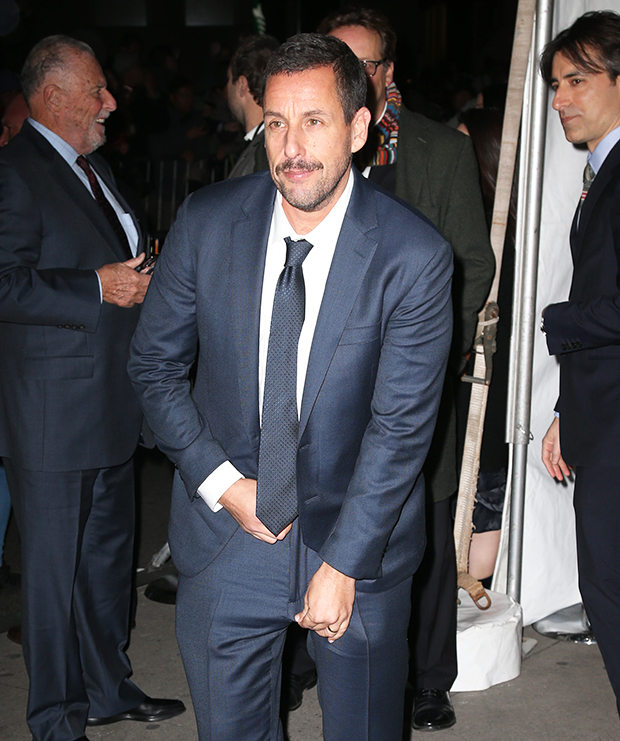 HollywoodLifers, can you relate to Adam zipping up his fly on the carpet?!