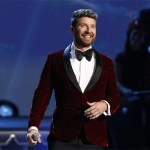 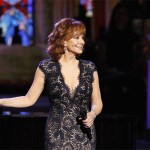 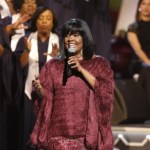 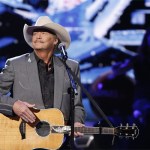 Luke Bryan may be known for singing upbeat songs about getting the party started, but when he took the stage at CMA Country Christmas, he slowed things down with a performance of “O Holy Night.” Of course, Luke put his own spin on the classic holiday track, adding a bit of his twang as he belted out the lyrics with heartfelt passion accompanied by a full orchestra in front of the gorgeous wintry backdrop. He looked as handsome as ever in a classic black suit and definitely reminded us why the song is one of the best holiday songs out there. “It’s been a song that I’ve been wanting to get in the studio and record for years,” Luke admitted before the show aired. “Just because it’s an amazing classic, timeless. I’ve always loved that song. I remember being a kid, always loving John Berry’s version of that. It’s pretty incredible, and I’d always try to sing along with him. I told myself, one day, if my voice ever gets there, I may try it.”

The eighth annual CMA Country Christmas special was taped back on Nov. 14, and also featured performances from stars like Kelsea Ballerini, Trisha Yearwood, Brett Eldredge and Reba McEntire, who also made her debut as host of the show. The event was previously hosted by Jennifer Nettles. All in all, the broadcast featured 19 performances, including collaborations amongst some of the biggest stars in country music. This performance from Luke will kick off a string of upcoming press appearances, as the singer’s new album, What Makes You Country, is due out Dec. 8.

This will be Luke’s sixth studio album, and since it’s been more than two years since his last release, fans are buzzing about what’s to come. This winter and early spring, he’ll be back on tour to promote the record, and we can probably expect new dates for Summer 2018 coming soon, as well! Oh, and he’s also a judge on the upcoming season of American Idol, which premieres March 11, so Luke is in for quite a busy 2018!

HollywoodLifers, what did you think of Luke’s performance at CMA Country Christmas?