Kim Kardashian has an actress in mind to play her when the biopic about her family inevitably happens. Find out who has Kim called the ‘best actress’ ever!

Calm down, it’s not Meryl Streep (though we’d pay good money for that movie). Kim Kardashian, 37, said in a recent interview that if anyone ever made a movie about her, she’d like Jennifer Lawrence, 27, to play her! “She’s so funny. Of course she could! She’s the best actress,” she said, when asked about Jennifer potentially playing her, in an interview with Extra (see video above).

It’s definitely an unexpected choice, but it makes sense when you think about it. Who could forget their epic interview on Jimmy Kimmel Live! when Jennifer guest hosted? They’re basically best friends now, and Kim seems like she trusts her to do the part justice. After all, Jennifer won the Oscar in 2013 for Silver Linings Playbook. She’s been nominated three other times, for her roles in Winter’s Bone, American Hustle, and Joy. She could play anyone and nab at least one award for it.

While we’d kill to see a Kardashian biopic one day, Jennifer wouldn’t be our go-to choice for the Kim role. Nasim Pedrad, 36, who played her on Saturday Night Live, would be awesome! We have a feeling her natural flair for humor would serve well for the awkward situations Kim often finds herself in, like when her fans basically revolted after they saw she froze rose petals in her ice cubes at her baby shower. Now, we’re trying to decide what a Kardashian biopic would be called, and who would play the rest of the family. There are so many good options! 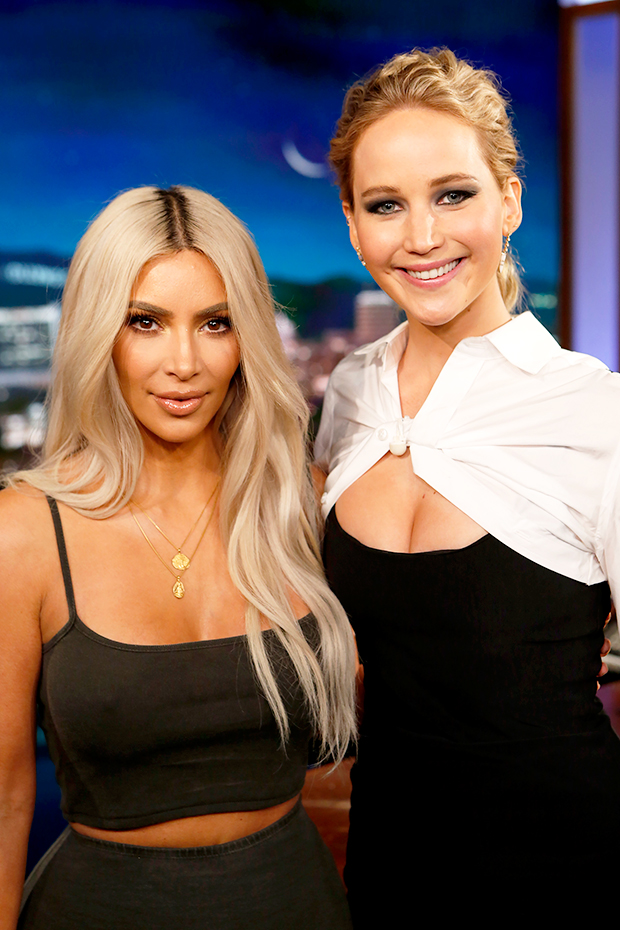 HollywoodLifers, do you think Jennifer Lawrence should play Kim Kardashian in a movie? Do you have any suggestions for actresses better suited for the role? Let us know!