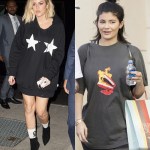 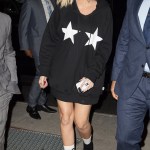 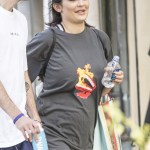 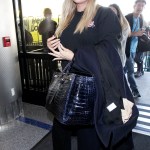 Khloe Kardashian and Kylie Jenner may be announcing their reported pregnancies on the finale of ‘Keeping Up with the Kardashians’! Get EXCLUSIVE details here!

Khloe Kardashian, 33, and Kylie Jenner, 20, have been tight lipped about their reported pregnancies but with their reality show and the help of mom Kris Jenner, 62, that all may be about to change! “Both Khloe and Kylie will be revealing their pregnancies on the Keeping up With the Kardashians mid-season finale,” a source EXCLUSIVELY revealed to HollywoodLife.com. “They’ll be teasing the news on promos for the finale that will be released during the week before it airs, and Kris is hoping it will make for record breaking viewing figures. It’s been killing the girls to keep quiet, Khloe especially, and they can’t wait till they can start talking publicly about being pregnant.” How exciting! See Khloe and Kylie hiding their baby bumps here!

While Khloe and Kylie have not said anything regarding the baby rumors, they have made us speculate with cryptic posts on social media. From Thanksgiving treats to videos about their cosmetic lines, fans have had reason to speculate what seems inevitable at this point! Some followers are even betting on the fact that Kylie is having a girl due to her seemingly random clues with pink items, including chairs and nail color on Snapchat.

In addition to Khloe and Kylie’s baby news, their sister Kim Kardashian, 37, is expecting a baby of her own. She has officially announced that she is having her third child with Kanye West, 40, via surrogate. What a whirlwind it has been for the Kardashian/Jenner family! We can’t wait to witness the next generation of tots soon to come!

HollywoodLifers, do you hope Khloe and Kylie announce their pregnancies on the finale of Keeping Up with the Kardashians? Tell us your opinions in the comments below!