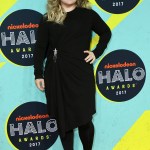 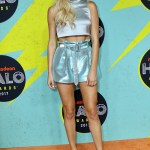 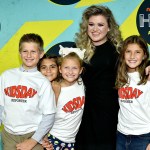 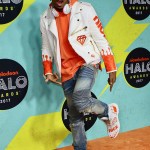 Nick Cannon will honor Kelly Clarkson and helpful teens for their charitable deeds at the 2017 HALO Awards on Nov. 26th. Don’t miss this epic philanthropic event!

Celebrate the end of the Thanksgiving holiday with the 2017 HALO Awards going down in New York City on Nov. 26th at 7pm EST. Nick Cannon created the awards show for Nickelodeon to celebrates teens doing charitable work across the country. Helping And Leading Others is what HALO stands for and no one better exemplifies that concept than this year’s special honoree, Kelly Clarkson. The gorgeous, talented and generous Kelly, will not only be receiving her very own HALO award, but she will also be performing during the show. Other celebs set to appear in the 2017 show include: Kelsea Ballerini, Daniella Perkins, Owen Joyner, Jacob Sartorius, JoJo Siwa, Lizzy Greene and Ricardo Hurtado. Fans of the HALO Awards can WATCH THE 2017 HALO AWARDS ONLINE HERE.

In addition to all the great celebrities and personalities featured on the 2017 HALO Awards, Nick will also be recognizing the hard work of some very generous and kind young people. The award show has picked out four kids whose charitable work will be honored and celebrated during the evening of fun, music and awards. Eleven-year-old Zoe Terry, created his charity, Zoe’s Dolls to help young girls feel beautiful. Raegan’s Relief Efforts was founded by 12 year-old Raegan Junge who helped raise over $23,000.00 for disaster victims across the country.

Andrew Dunn and Caleb White round out the list of 2017 honorees. Andrew performs random acts of kindness in his community in Kentucky while Caleb is doing everything he can to help battle homelessness in Detroit, Michigan. All these kids are amazing and deserve to be honored along side Kelly who is like a big kid doing tons of charity too. It is the season to be thankful and grateful so be sure to check out this great award show that truly makes a difference.

You know @KellyClarkson is awesome, but did you know her awesome self is performing this Sunday at the #HALOawards?! Now you do! #WeHALO #LoveSoSoft

HollywoodLifers, will you be watching the 2017 HALO Awards? What do you like to do in your community to help give back? Let us know in the comments below!