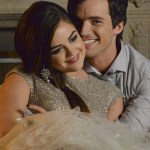 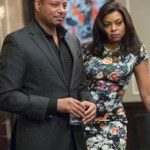 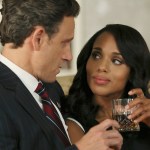 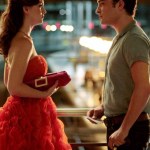 There are a ton of toxic relationships on TV, but they may be disguised behind a facade of what’s believed to be romantic love. To see which couples we’re talking about, click through our gallery below!

Let’s be honest — it’s not always easy spotting a toxic relationship. Especially when it comes to those on our favorite TV shows. Sometimes what we see as super romantic (ie. Aria and Ezra on Pretty Little Liars) is actually a relationship you shouldn’t ever want to emulate. Viewers often see their favorite relationships on TV as iconic and legendary, and because of this, they’re seen as a model of romantic love. But don’t be fooled! More often than not, these relationships are as unhealthy as it gets. Take a look at some of the most famous couples on TV, via our gallery above, and see what we’re talking about!

OK, so we know what you’re thinking. How could we have ever included iconic couples like Ezria and Olitz in our list of toxic TV relationships, right? Well, before you do anything drastic, let us explain. As much as we rooted for Aria and Ezra throughout all seven seasons of Pretty Little Liars (and believe us, we did), you have to remember Aria was only 16(!!) when she and Ezra started their relationship — and he was her TEACHER. That’s so illegal, and to be honest, it’s really gross. Aria may have lied about her age when they met, but later in the series, Ezra admitted he knew about her age all along. In fact, he used her just to beef up the book he was writing. Yuck, right? Well, Aria didn’t seem to care that she was lied to, used and manipulated. Instead of parting ways, they kept dating and eventually got married. On the bright side, neither one of them turned out to be A.

As for Scandal‘s Olivia and Fitz, their relationship was/is just as tragic. The two met and started their romantic relationship while he was MARRIED. That’d be a deal breaker for us, but not for Olivia. And that’s not even the worst part about their relationship. As iconic as they may seem, you have to remember that Fitz is very insecure about his own value, so he constantly tries to control Olivia. His jealousy once got so out of control that he put her under surveillance so he could watch her every move. Could you imagine if your boyfriend or girlfriend did that to you? Ew. Furthermore, they’ve also lied to each other multiple times, so they are super terrible for each other.

To see more of TV’s most toxic relationships, click through our photo gallery above!

HollywoodLifers, which relationship on TV is the most toxic ever? Tell u below!