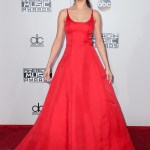 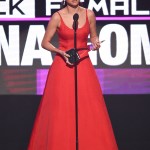 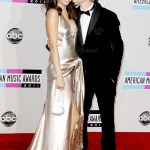 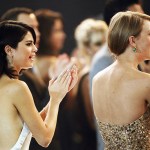 Fans may have accused Selena Gomez of lip-syncing through her performance of ‘Wolves’ at the AMAs on Nov. 19, but Justin Bieber is ‘super proud’ of her return to performing live post-kidney transplant.

“Justin [Bieber] is super proud of Selena [Gomez]‘s courageous return to performing live. He is so happy for his girlfriend because he knows what a challenging road Selena has been through and how difficult it has been for her. Justin is well aware of all of Selena’s health issues, so he feels that her AMA performance was extra special and meaningful for her. He surprised her by making sure that her dressing room at the AMAs was covered with dozens of roses for her after her amazing return. Justin is happy for her because he knows how many countless hours of rehearsal Selena put into this performance. He is pleased too that after all of her health problems, Selena is finally moving forward and getting back to performing for her fans,” a source close to Justin tells HollywoodLife.com EXCLUSIVELY.

In case you missed it, Selena, 25, emerged on stage covered in blood during her epic performance of “Wolves” at the American Music Awards on Nov. 19. It was her first live performance since receiving a kidney transplant earlier this year, so it was definitely a big deal for her and her fans. Sadly, viewers were quick to slam Selena on Twitter after her performance came to a close, as they accused her of lip-syncing throughout the entire song. However, according to TMZ, Selena sang live and used a backing track during the chorus, which is something most artists do when performing live.

But even if Selena did lip-sync, Justin, 23, doesn’t care. He loved everything about Selena’s performance. He even loved her hot blonde makeover. Before the show started, he “liked”a photo that Selena posted around the same time she hit the red carpet. Obviously, it featured her new blonde hair, and Justin made it clear that he definitely approves of her hot new look! Don’t you just love how Justin’s been supporting Selena lately? We certainly do.

HollywoodLifers, what did YOU think of Selena Gomez’s performance at the American Music Awards? Tell us below!