For some celebs, the AMAs were a family affair! Kelly Clarkson, DJ Khaled and Ashlee Simpson even brought their precious babies to the award show!

The 2017 American Music Awards were a big night for Kelly Clarkson, so it only made sense that she had two of her most proud supporters by her side — her daughter, River, 3, and stepdaughter, Savannah, 16. The American Idol winner explained on the red carpet that she was having a “girls’ night” with her daughters, and admitted that they were even more excited to be at the show than she was. “They’re beautiful and they love this kind of stuff,” she told E! News. “More than their mom!” After slaying the red carpet with her girls, Kelly hit the stage for a gorgeous tribute to first responders with Pink, and she’ll return to the stage later in the show for a solo performance.

Kelly wasn’t the only one who made it a night out with the kids at the show, though! As always, DJ Khaled had his adorable son along for the event, and the little guy was completely well-behaved as he walked the carpet with his mom and dad. Meanwhile, Ashlee Simpson and Evan Ross also brought their daughter, Jagger, 2, to the show, but for them, it was an even larger family affair — Evan’s mom, the legendary Diana Ross, is being honored with the Lifetime Achievement Award at the ceremony, so the entire family came out to support her. Jagger sat in the crowd with the whole crew to watch, and it was too darn cute!

More and more celebs have been bringing their little ones to award shows in recent years, and we are definitely a fan of the trend. Who will be next!? 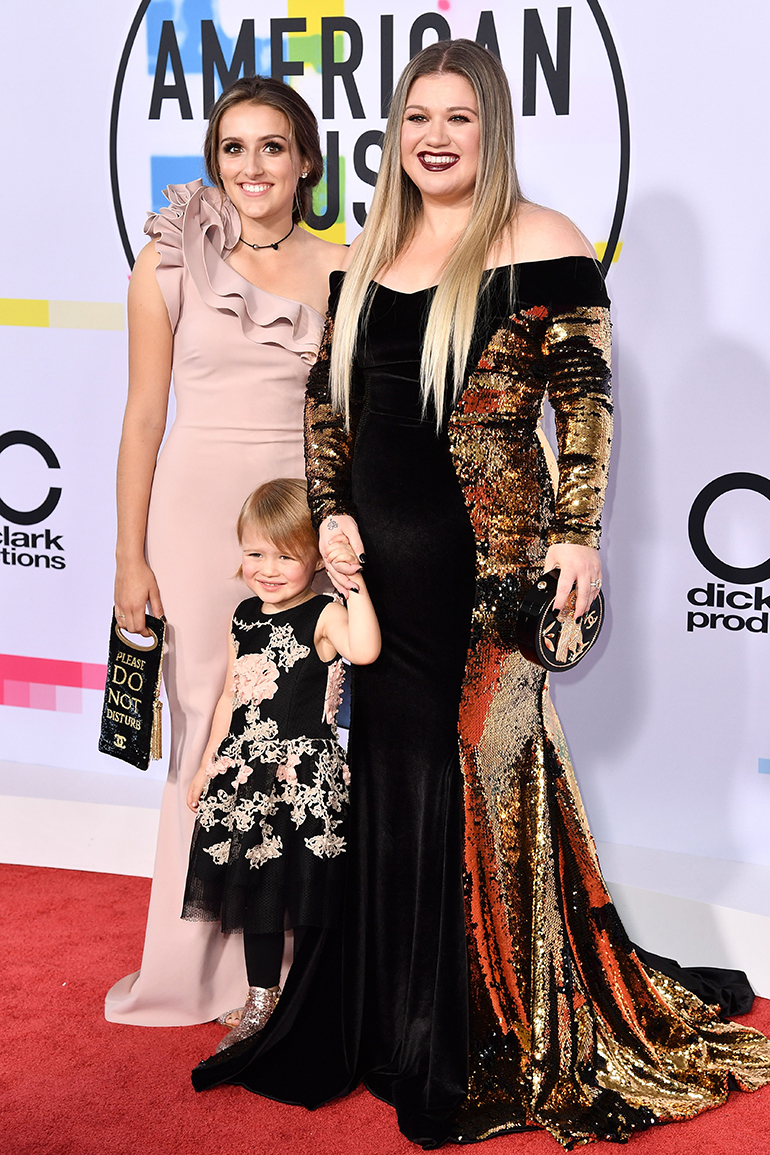 HollywoodLifers, what do you think of Kelly, Ashlee and Khaled bringing their kids to the AMAs?