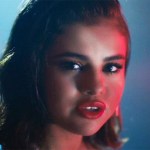 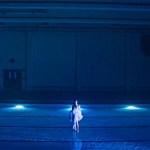 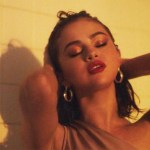 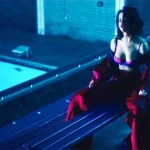 Selena Gomez unfollowed The Weeknd on Instagram in a move that definitely proves the two are done for good. Read all about how the two former lovers have become estranged on social media here.

It’s officially over. If nfollowing someone on social media is the ultimate form of excommunication for any relationship, the Selena Gomez, 25, really wants The Weeknd, 27, out of sight and out of mind (and heart). Even though Selena is back with Justin Bieber, 23, making out with him at hockey games, that doesn’t mean she’s okay with The Weeknd hanging out with his ex Bella Hadid, 21. And if there’s any proof of that, it’s the fact Selena just unfollowed The Weeknd on Instagram. As if this drama couldn’t get any juicier, as of the posting of this article, The Weeknd still follows Selena. Does he want to still creep on her Instagram page? Does he want to slide into those DMs? Time will tell if The Weeknd even realizes he’s been unfollowed.

We reported earlier how Justin apparently loved every second of his make-out session with Selena. A source called their intermittent kissing during Justin’s hockey game a “complete make out festival,” which –honestly — sounds like a better festival than Coachella (and with a better lineup).

Meanwhile, The Weeknd was caught sneaking out of Bella’s apartment, fueling rumors that “Star Boy” singer might be trying to get back with his ex. And while Selena had previously liked a photo of The Weeknd on Instagram, it seems like his hang session with Bella was the last straw, thus the unfollowing. Check out these pics of Selena and The Weeknd and relive the whole timeline of their doomed relationship.

HollywoodLifers, why do you think Selena unfollowed The Weeknd? Is it to give the two of them space or is she pissed he’s back with Bella? Let us know what you think in the comments below.