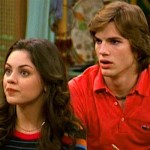 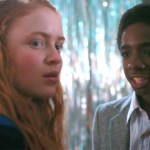 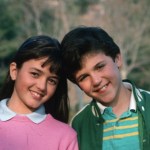 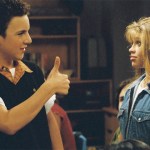 First kisses are super awkward, but imagine having yours filmed for all of the world to see? Yup, that’s how stars like Mila Kunis, Selena Gomez, and Caleb McLaughlin experienced their first lips-to-lips contact!

For Mila Kunis it was with Ashton Kutcher on That 70’s Show. For Selena Gomez it was with Dylan Sprouse on The Suite Life with Zack & Cody. For Caleb McLaughlin it was with Sadie Sink on the second season of Stranger Things. These are all prime examples of stars who had their very first kiss with a co-star, in front of a camera, surrounded by dozens of people on a set. Awkward? Just a little bit. But, they’re not alone! Lets take a look back at all of the stars who experienced their first kisses in front of the camera!

Other first kisses you need to know about: Candace Cameron Bure on Full House, Ben Savage on Boy Meets World, and his brother, Fred Savage, on The Wonder Years. Some stars had their first kisses on the big screen, too, like Kirsten Dunst in Interview With A Vampire and Dakota Fanning in Sweet Home Alabama! To see the rest of the first kisses that happened on camera, click into our attached gallery.

Tell us, HollywoodLifers — What do YOU think about all of these stars having their first big kiss in front of the cameras? Comment below, let us know!