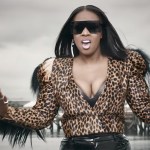 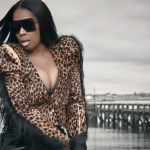 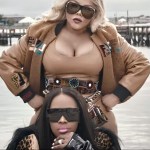 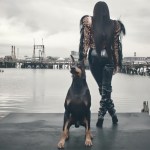 Ready for the best heist video ever? Remy Ma and Lil’ Kim are taking over the town in the amazing new visual for ‘Wake Me Up,’ and Nicki Minaj had better keep an eye on her throne!

Remy Ma, 37, has teamed up with Lil’ Kim, 43, for her comeback single “Wake Me Up,” and now we’ve got an equally epic video. Above, you can watch the impressive mob-inspired visual. As we’d all hoped, it involves fancy cars, stunning outfits and general displays of major swagger!

Many fans initially thought “Wake Me Up” was a diss track towards Nicki Minaj, 34, but Kim has since said that if it were about Nicki, they would have name-checked her! “I feel like people know me and Remy well enough that if we gon’ talk about somebody, we’re going to say their name,” Kim said in a Nov. 3 interview. “We’re gonna address them. We’re gonna make it that, or whatever. We just making music. We’re doing what we do.”

Still, Kim admitted that she’s not 100% sure about Remy’s intentions. “I don’t know what Remy’s approach to her verses were. I’m only on the hook, and I do a bridge,” she added. “And I thought it would be so boss because when you hear the song, it’s a familiar song.” See Remy’s hottest photos here.

Anyway, there’s plenty to come from Remy, who’s set to drop her sophomore album 7 Winters & 6 Summers in early 2018. This is just the beginning!

HollywoodLifers, what do you think of Remy’s new video? Tell us if you love it!