She’s up in the gym again, working on her fitness! Ariel Winter defied her haters and posted another epic shot of her working out on Instagram, complete with some cleavage. See the pic!

Ariel Winter, 19, has had one hell of a time on Instagram lately. The Modern Family star and absolute hottie has experienced some major hate from followers accusing her of trying to “change” her body. That’s all because she’s posted videos and pics of herself working up a sweat at the gym. She’s continuing to do so because, well, she wants to! Her latest Instagram story showed her, in black and white, doing some painful-looking chest presses at the gym, courtesy of her surely-sadistic personal trainer.

The pics are awesome. Not only is Ariel a total gym inspiration by showing us what she does in her training sessions, but she looks bitchin’ while doing so. Ariel wore comfy yoga pants and a sports bra to do her exercises, and gathered her hair into a sensible topknot. One difference between our routines and hers: it appears that she’s rocking a perfect smokey eye and lashes. It could just be an effect from the filter, but still; even without the makeup she still looks totally better than we usually do (aka sweaty and ratty).

We’re so baffled that body shamers are up on her about posting pics and video from her gym sessions. What’s wrong with showing her fans how hard she works on her fitness and health? They accused her of just doing it for attention, or trying to get a different body than the beautiful one she already has. Um…isn’t the point of working out and doing strength training to tone and build muscle. No duh! Ariel, as a source told HollywoodLife.com EXCLUSIVELY, takes their mean comments in stride.

“Ariel struggled with insecurities when she was younger, and it’s taken her a long time to get to the stage where she finally loves her body, so when people hit out at her it can still really sting,” the source said. “Ariel wants to focus on the positives—she believes that she can act as a role model for young teenage girls, and that she can help those who are struggling with body image by encouraging them to learn to love themselves, no matter how they look.” 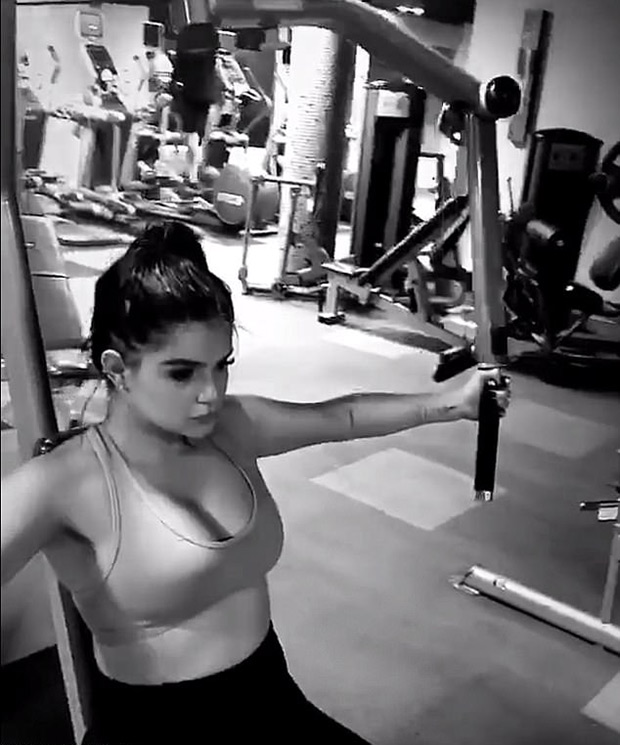 HollywoodLifers, what do you think of Ariel’s workout pic? Let us know!