Sofia Richie has a new accessory: her man! The model’s phone is now being protected by a case that has boyfriend Scott Disick’s face on it. See the sweet tribute here!

Accessories that symbolize being in love are nothing new. Think engagement rings or Taylor Swift, 27, wearing the initial of her boyfriend on a chain ’round her neck. But Sofia Richie, 19, totally just upped the game when she decided to decorate her phone with a pic of boyfriend Scott Disick, 34. No, this isn’t some photo on her lock screen. She went full out by putting Scott’s face right on her case for the whole world to see. The protective layer was spotted when the model went out with her friend Lottie Moss in London, England on Nov. 14. The pic of her partner served as a statement piece against the black velvet top, jeans, and camel coat she was wearing. See the loving style choice below!

It definitely seems things are getting more serious between these two. The Keeping Up With The Kardashians star is even so infatuated with his young girlfriend that he reportedly has given up his partying ways for her! Scott has allegedly stopped going out drinking in order to truly be there for Sofia, according to TMZ. He couldn’t even do that for Kourtney Kardashian, 38! That’s actually pretty weird considering he appeared to throw some shade toward his current girlfriend out of jealousy of Kourt and Younes Bendjima‘s relationship. “That looks like a happier scenario than me, jumping around trying to find happiness and these girls are not fulfilling that. I’m just not happy with anybody,” Scott said about Kourtney and her 24-year-old boyfriend’s trip to Cannes on the Nov. 5 episode of KUWTK. Well it certainly looks like Sofia’s happy with the relationship!

Even though the model’s so smitten with her boyfriend that she sported a phone case with his likeness on it, not everyone’s thrilled about the pair’s romance. When Sofia’s dad Lionel Richie, 68, was asked his opinion of his daughter’s relationship with Scott, who’s 15 years her senior, he put his finger to his head to imitate a gun. Yikes! We wonder how he feels about Sofia’s choice of phone case. 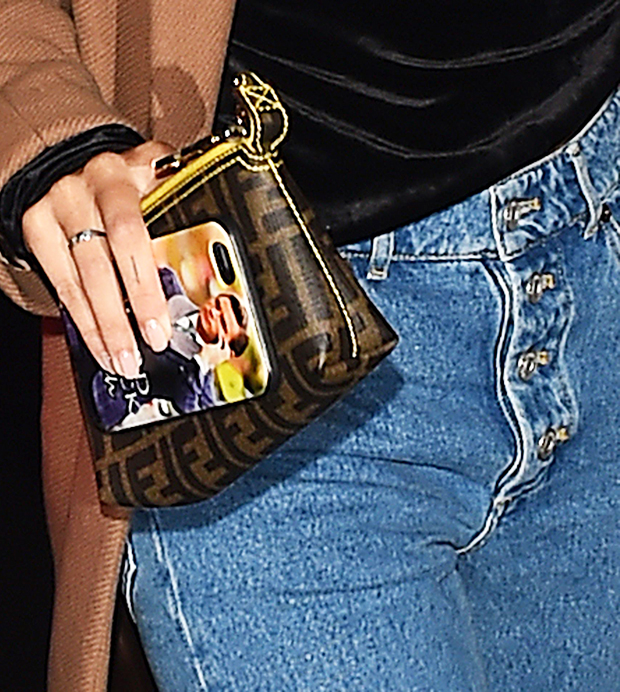 HollywoodLifers, what do you think of Sofia using Scott’s pic as her phone case? Let us know below!