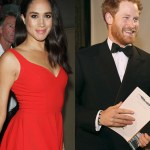 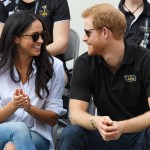 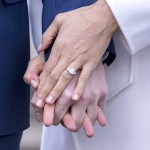 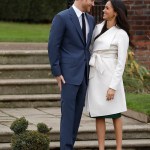 Good news and bad news … Meghan Markle is reportedly leaving ‘Suits’ [womp]. But, fans are convinced her alleged exit means she and Prince Harry are getting engaged! Get the scoop!

Suits fans have some mixed emotions right about now. Meghan Markle, 36, may be leaving the hit USA series, which is in its seventh season, according to Deadline. And, she’s not the only one, apparently. Her on-screen lover, Patrick J. Adams, 36, may be bolting for the exit doors when the seventh season is up, the site reports. While it’s unclear why the show’s two leads are allegedly leaving, their contracts are up after season 7. So, they will have technically fulfilled their duties to the show. But, is this really the end of Mike Ross and Rachel Zane?

Although it hasn’t been confirmed, Suits is said to be looking good to get the green light for season 8. Now, as fans continue to sulk over the reports that season 8 could be without Mike and Rachel [aka Patrick and Meghan], they’ve found a better reason to cope — A possible engagement! Fans believe that Meghan could be looking to leave to focus on her relationship with boyfriend, Prince Harry, 33… which they’re hoping will lead to a fast-tracked engagement! Hey, it’s not a bad theory.

The notoriously private couple have kept their future plans under wraps, so a royal wedding is all speculation at this point. Here’s the latest — Multiple British outlets have reported that Meghan was recently introduced to Queen Elizabeth II at Buckingham Palace. Then, the New York Post reported that Prince Harry has been training his actress girlfriend on the ins and outs of the royal life to prepare her to walk down the aisle.

Despite the reports that Meghan and Patrick are looking to exit the show, he took to Instagram today [Nov. 14] to seemingly address the reports with this photo. He posted a group photo of the cast, all smiles, while hard at work. Meghan, Patrick, and the network have yet to address the reports of a cast shakeup.

HollywoodLife.com has reached out to USA.

HollywoodLifers, what do you think about this turn of events?