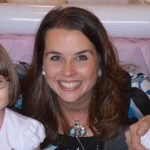 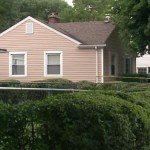 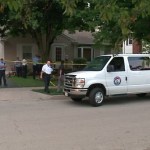 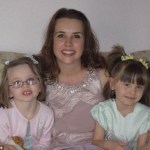 A former player for the Dallas Cowboys Anthony McClanahan has been charged with murdering his wife Keri ‘KC’ McClanahan by slitting her throat as she struggled to survive.

Ex-NFL player Anthony McClanahan, 46, has been charged with first-degree murder after allegedly brutally killing his wife Keri “KC” McClanahan, 28, in their condo in Park City, Utah. According to authorities, Anthony used a small, sharp knife Keri kept in a bracelet to allegedly slit her throat after she struggled against her husband. In addition to the wounds she sustained to the front, back and sides of her neck, Keri, who had two children with another man, also had defensive wounds and carpet burns. After allegedly killing his wife, the former Dallas Cowboy crawled on the ground covered in blood and flagged down a police car around 1:30 am on Nov. 2, insisting he and his wife had been attacked. Police found no signs that an intruder had entered the building or of a baby present.

Anthony had been previously charged with child kidnapping his son from a different woman on Oct. 3. We reported earlier how a Texas mother-of-two allegedly shot her two daughters in the head, killing them both as they slept. Sarah Nicole Henderson, 29, had allegedly been planning their deaths for weeks.

If that wasn’t enough to horrify you sufficiently, there’s this story of a mom who was convicted of killing her baby with blunt force trauma to the head after blacking out — and she even took the stand to try and pin the blame of the death on one of her sons with autism. Check out these eerie pictures of Ted Bundy and learn five things about the deranged serial killer Zac Efron will be playing on the big screen.

HollywoodLifers, do you think Anthony will be convicted of this brutal and heinous crime? Let us know in the comments below.