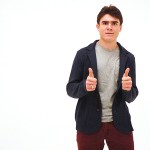 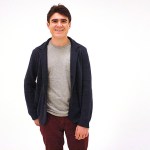 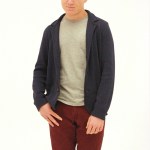 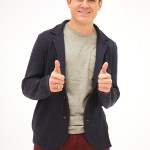 In ‘My Friend Dahmer’, Harry Holzer portrays Mike, the real-life high school friend of serial killer, Jeffrey Dahmer. He spoke EXCLUSIVELY with HollywoodLife.com about making the film, and how it puts different forms of bullying in the spotlight.

My Friend Dahmer is currently in theaters, and in an interview with HollywoodLife one of the stars, Harry Holzer, talked about the film’s dark bullying theme. “Bullying was sort of a very interesting topic in this film and this script because when you think of bullying, and just studying bullying as a term in general, your mind goes to a kid lifting another kid up against a locker and shaking him down for his lunch money,” Harry explained during his EXCLUSIVE sit down with HollywoodLife. “All those classic sort of references you have to bullying — taunting, whatever. This was bullying, not in the same traditional sense. We weren’t directly bullying Dahmer.” Harry is of course referring to his character in the film, Mike, as well as Derf (Alex Wolff) and Neil (Tommy Nelson). In the film, Jeffrey Dahmer is portrayed by R5’s Ross Lynch.

Harry continued, “We weren’t going up to Dahmer and telling him that he sucked or calling him a dumbass. We weren’t really bullying Dahmer in that traditional sense, but bullying is a very multi-faceted topic. It’s a very multi-faceted word as well. The way in which we were bullying Dahmer wasn’t in a traditional sense, but sort of a psychological path that we put him on in terms of him believing that we were his friends and us really thinking that wasn’t the case and he was more of our mascot that we were using to go do these — and that’s the really big word, right? Using. We were using him to sort of gain notoriety for ourselves as the Dahmer fan club, as his fan club. Because we wanted to make a dent on the school in a bad way, because we were the classic band nerds who just wanted to cause a ruckus. He was our means of doing that. So we utilized that as a way of attaining our goal which was textbook manipulation.”

In the film, Harry’s character, Mike, and the other two boys, Derf and Neil, pretend to embrace Jeffrey Dahmer into their group of friends after he starts faking physical spaz-outs in the middle of their school hallways. Until then Dahmer was an extreme loner, so he happily obliges to do whatever his new “friends” suggest he do in order to keep their attention. This includes more public spazzes, as well as photo bombing the entire school yearbook and other tricks. Harry explained that if those things don’t classify as “bullying” because they are lesser known versions, that is “problematic.” “You’re overlooking the manipulative aspect of what we were doing,” Harry shared on the subject.

My Friend Dahmer is in select theaters now, so check your local listings to find out when and where you can see the chilling film.

Tell us, HollywoodLifers — What do YOU think about Harry turning on Harry Connick Jr. for Madison? Comment below, let USA know!