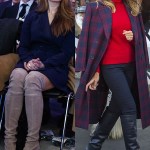 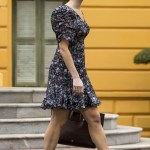 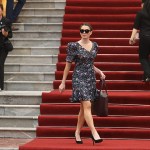 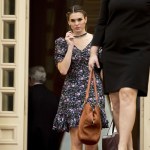 Hope Hicks has turned heads while on the President’s trip to Asia, rocking outfits that stole the spotlight from Melania Trump. However, before heading to Vietnam, Hope kept it casual with a shirt and messy up-do.

It looks like the White House communications director may have gotten the memo. Hope Hicks, 29, appeared to tone down her style choices on Nov. 10, after she became a fashion sensation while accompanying President Donald Trump, 71, during his 12-day trip throughout Asia. As she was prepping for Day 8, Hope was spotted wearing a wrinkled, oversized shirt before boarding Air Force One, per Daily Mail. After leaving Beijing, China for Vietnam, Hope put her hair up into a simple ponytail. While her looks were nothing unusual for anyone taking a plane trip, considering her earlier fashion statements, Hope’s look was kind of underwhelming.

Granted, is likely just Hope valuing comfort over fashion here, as she’s more than a week into this 12-day trip and probably just felt like wearing a loose fitting shirt for this quick trip. However, it was a huge departure from how she started the trip. Before the Asia trip, Hope wore a stylish pink dress while paying a solemn visit to Pearl Harbor in Hawaii. Hope’s “dressing down” also comes after she upstaged First Lady Melania Trump, 47, leaving some onlookers to think this style downgrade is intentional!

Hope solidified her status as a fashionista on Nov. 6. During a state dinner in Japan, while Melania was dressed in an elegant floor-length gown, it was Hope’s tuxedo that got everyone talking. Eschewing traditional gendered clothing, Hope complimented the semi-androgynous look with a big bow tie, her hair styled loose around her shoulders. This look may be the highlight of Trump’s entire trip — and it didn’t even involve him! Hope would (inadvertently) snatch the spotlight in South Korea, wearing a grey turtleneck sweater took eyes off Melania’s black outfit. However, when the Trump troupe traveled to China, Hope seemed to tune it down a few levels, dressing more casual than before. 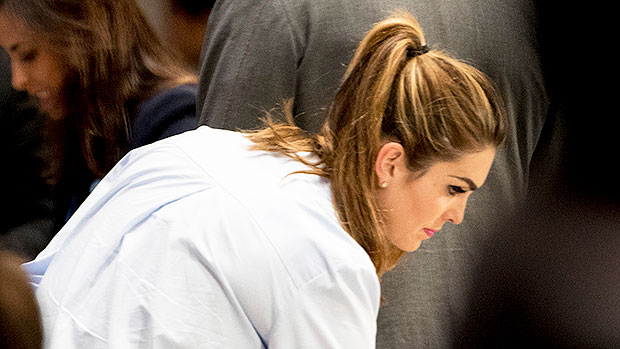 Hopefully, Hope can pull out a look or two before the Asia trip ends. Or, she could save the fashion show for FBI special counsel Robert Mueller. Hope is scheduled to speak with the special investigator when she gets back from this trip, sources tell POLITICO. Mueller has already charged Paul Manafort, 68, and Rich Gates, 45, with numerous charges, including conspiracy against the United States. Wonder what she’ll wear to that interview?

Who do you think is the better fashionista, HollywoodLifers? Melania or Hope?