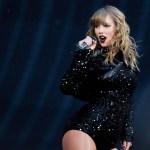 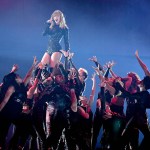 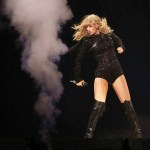 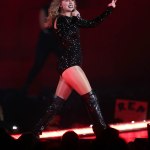 Dying to know who every song on Taylor Swift’s new album ‘Reputation’ is about? Here’s our full analysis and rundown!

1) “…Ready For It?” The lead-off song on Taylor Swift’s new album Reputation has been out for several weeks now, and it’s no secret that it’s about her relationship with Joe Alwyn! Fans who attended Taylor’s Secret Sessions took to Tumblr to explain that the singer made it clear to them that all love songs on this album are about Joe, and this track is all about the beginning of a new romance. Plus, the music video had various references to Joe, like the fact that Taylor purposely had their birth years (89 and 91) spray painted next to each other in one background scene.

2) “End Game” Track No. 2 features Taylor’s pal, Ed Sheeran, as well as the rapper, Future. This one is another anthem to Joe, but Taylor points out she’s in a pretty tough spot and hopes he still loves her anyway. “You heard about me, I got some big enemies,” she sings, while also flat-out pointing out her “bad reputation.” Main takeaway: She wants Joe to be the one she ends up with in the end — she doesn’t want to be just another girl along the way. Oh, she also raps in the final verse — watch out, Kanye West.

3) “I Did Something Bad” This one is a shoutout to two guys who had a big affect on Taylor’s 2016: Kanye and Tom Hiddleston. The first verse definitely digs at Kanye, as she sings about a “man talking s***,” who she calls a “narcissist.” The second verse is about a “playboy” who Taylor flew “around the world” with before she broke up with them — she and Tom jetted off to Italy just weeks into their relationship. There’s also references to this guy spending all of Taylor’s money, and when Taylor and Tom were together, it was speculated that he was using her for fame. The main takeaway? She knows she didn’t come out of both of these situations looking like the good guy — but she doesn’t care.

4) “Don’t Blame Me” Our first glimpse into just how serious Taylor really is about her relationship with Joe. She makes sure to take ownership of the failure of her past relationships — “I’ve been breaking hearts a long time and toying with them older guys” — but makes it clear that this romance is different than anything she’s ever had. Joe is the “drug” she wants to use forever. Main takeaway: Taylor is very much in love and wants us all to know it.

5) “Delicate” On this song, Taylor realizes that Joe truly likes her for her — he must because, after all, her reputation is the worst its ever been. It seems this might be the first love song Tay wrote for her new beau, as she asks in the lyrics, “Is it cool that I said all that?” This track is definitely about the beginning phases of their romance, during a time when things were still fragile and, well, “delicate.” Main takeaway? Taylor wasn’t sure Joe wanted to be all-in as soon as she did, so this was her way of letting him know just how ready for it she was.

6) “Look What You Made Me Do” This was the first single Taylor released off “Reputation” and is a clear shoutout to anyone who’s publicly wronged her in the past. Between the song and music video, there’s digs at Kim, Kanye, Katy, Calvin, Tom and the media, among others.

7) “So It Goes…” This is ONE sexy song, in which Taylor things sing about how easy and right things are between herself and Joe in the bedroom when they’re alone. It’s a true vision of the “new Taylor,” as she gets raunchier than she ever has in the past with lyrics like, “I’m not a bad girl but I do bad things with you” and “Scratches down your back now.” Main takeaway? Taylor and Joe have a very healthy sex life!

8) “Gorgeous” This one is another anthem about Joe, in which Taylor gushes about how, well, “gorgeous” she found him the first time she saw him. She was so infatuated, in fact, that it made her “hate” him for tempting her so much. By the end of the bridge, though, she asks him to come home with her so she doesn’t have to be “alone with [her] cats,” and the rest is history, of course!

9) “Getaway Car” Shockingly, this is the only breakup song on the album, and details Taylor’s splits from both Tom AND Calvin Harris. In the first verse, she sings about wanting to leave one relationship, but needing a “reason.” Then, at an event where “the ties were black and the lights were white,” she found the perfect reason — a new guy. Remember, Taylor and Tom were first spotted together at the Met Gala, an event with lots of black ties — just weeks later she and Calvin had broken up and she was dating Tom. However, the chorus of this song also points out that the new relationship didn’t work out either, and Tom should’ve known that from the beginning because of the circumstances in which they got together. Main takeaway? Taylor didn’t want to be with Calvin anymore, so she used Tom, which wound up being a mistake in itself.

10) “King Of My Heart” Another anthem about Joe, in which Taylor sings about how he’s the one she’s been waiting for. The old Taylor may be dead, but the new Taylor still falls hopelessly in love and admits to getting a “school girl crush.” Main takeaway? This girl is MADLY IN LOVE.

11) “Dancing With Our Hands Tied” On this one, Taylor sings about the moment her relationship with Joe went from being a secret (something they managed for more than six months) to when the public found out about their love. She admits to having a “bad feeling” about what would happen, but praises her man for standing by her side, regardless of what people had to say. Main takeaway? Taylor was super nervous about people finding out about this romance, but Joe was an absolute trooper.

12) “Dress” By far the sexiest song on Reputation, Taylor sings all about her and Joe’s most “secret” and intimate moments on this track. “I only bought this dress so you could take it off,” she admits in the chorus. Yes, people — Taylor Swift has sex. She’s 27 and in a serious relationship. Get over it. It’s more than just sex, though: Taylor explains that she loves that Joe loves her in spite of everything and always sees the best in her. Main takeaway? Joe must be pretty damn good in bed!

13) “This Is Why We Can’t Have Nice Things” From sexy to scathing, this track is the ultimate Kanye West diss track, with some digs at Kim Kardashian, too. She slams the couple for “raining on her parade” after an amazing year, and the second verse is when she fully goes IN. Taylor drags Kanye for stabbing her in the back, and even epically references those “Famous” phone calls that Kim leaked in summer 2016. “Friends don’t try to trick you, get you on the phone and mind twist you,” she sings. She also references ‘Ye’s feud with JAY-Z (“I’m not the only friend you lost lately”) and calls the rapper “shady.” In the bridge, she sends to her “real friends,” “baby” and “mama” for standing by her despite the feud, and even attempts to forgive Kanye…but winds up bursting out laughing at the prospect. Main takeaway? These two will NEVER BE FRIENDS AGAIN.

14) “Call It What You Want” On this previously-released track, Taylor raves about how Joe basically brought her back to life after all the public scrutiny she went through in 2016. She references the “drama queens” and “liars” who tried to bring her down, but also gushes that Joe “built a fire just to keep me warm” and lit up her “darkest nights.” This song really gives us insight into the relationship that Taylor’s been keeping so private for more than a year.

15) “New Year’s Day” The final track on Reputation is Taylor’s vow to Joe to be there for him for the rest of their lives. She promises to be there when it’s “hard” or when he’s “making mistakes,” from the latest nights until the toughest mornings. Main takeaway? Taylor has found the man she wants to be with forever, and she will do whatever she can to make sure she never has to let him go.