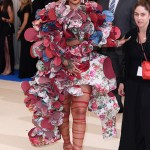 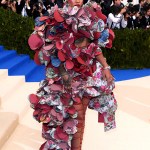 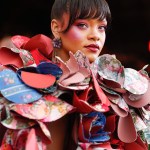 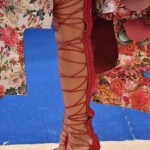 It might be six months away, but we can’t wait for the first Monday in May! Rihanna will host the 2018 Met Ball alongside Amal Clooney & Donatella Versace. See Rihanna’s best looks from past years below!

Vogue announced the three A-lists hosts on November 8. The Met Ball will take place on May 7, 2018 in New York City. The extravagant museum collection’s theme will be “Heavenly Bodies: Fashion and the Catholic Imagination.” The event will be chaired by Amal Clooney, Donatella Versace and our fave, Rihanna! Amal has only been to the Gala once, in 2015, wearing a red Maison Margiela Artisanal gown by John Galliano. Donatella has been to a whopping 16 Met Galas! She’s totally a veteran! And Rihanna has been to seven in the years since 2007. She has performed twice at the massively popular event, like when she hit the stage with Kanye West in 2009!

Let’s take a look back at Rihanna’s best Met Gala moments. In 2017, she rocked this Commes des Garçons number (seen below) with 3D elements, red lace-up heels, and dramatic pink makeup. In 2016, she shut it DOWN in a stunning yellow Guo Pei gown. That masterpiece required multiple people handling her massive train. She rocked a stunning white, two piece Stella McCartney outfit in 2014, showing off her toned abs. She also wore Stella McCartney in 2011 — a lace gown. In 2009, she opted for a sexy suit — a Dolce & Gabbana number.

Each year, her makeup and hair is as different and dramatic as her show-stopping outfits. We can’t WAIT to see her as she co-hosts the 2018 Gala. Click through the gallery to see all of Rihanna’s past looks. 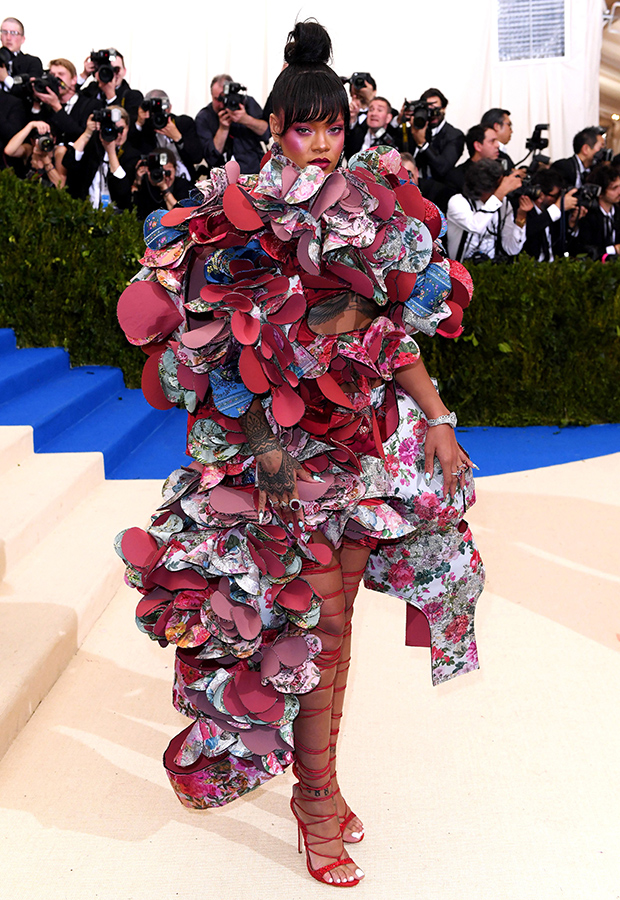 HollywoodLifers, do you love Rihanna as the host of the Met Ball?