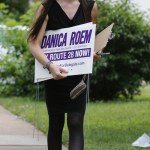 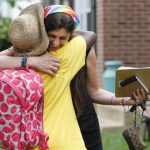 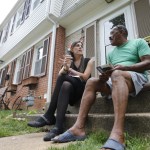 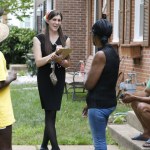 Citizens in Virginia just made history by electing Danica Roem to the state legislature, making her the first transgender candidate to win a state election. We’ve got five things to know about the trailblazing politician.

Now this is progress!  With so much hate and bigotry that came out of the 2016 elections, transgender candidate Danica Roem has just scored a major victory for acceptance by winning a seat in the Virginia state house in the Nov. 7 election. The 33-year-old will represent Virginia District 13 in the House of Delegates starting in January of 2018 and will become the first openly transgender member of any state house in the U.S. Not only is this an incredible victory, she took down an openly anti-LGBT Republican who had held the seat for 26 years. We’ve got five things to know about Danica.

To show that everyday life issues are what really matter to voters, she campaigned on a pledge to fix Route 28, a gridlocked highway that has become a nightmare for commuters. “Transgender people have really good public policy ideas that span the gamut of transportation policy to health care policy to education policy, and yes, to civil rights as well,” Roem told Mother Jones. “We shouldn’t just be pigeonholed into the idea that we’re just going to be fighting about bathrooms.”

2. Danica defeated one of the most anti-LGBTQ legislators in VA.

She ousted Bob Marshall, a Republican who served the district for 26 years. He authored VA’s 2006 constitutional amendment banning gay marriage and has been nicknamed “Bigot Bob” by LGBTQ groups for his record of attacking gay rights. In 2017 he introduced a bill forcing transgender kids to attend the public school bathroom of their birth sex. Bob even said Danica was a “guy who thinks he’s a girl who wears a dress.”

3. Danica was born and raised in Manassas, VA, and will represent her hometown in the state legislature.

She’s a true product of northern VA, as she was raised and attended school in the city that lies in the outskirts of the Western Washington D.C. suburbs. Danica felt that her deep knowledge of the community and the issues that affect it helped get her elected.

4. Danica began transitioning in 2012 while working at a newspaper reporter at the Prince William Times.

On her campaign site’s bio she says that “I started transitioning while working at the newspaper in 2012, began hormone replacement therapy Dec. 3, 2013, changed my name, gender and byline in 2015 and no one cared. It was great. I could just keep doing my job.”

5. Danica feels her journalism background as a reporter helps her better listen to constituents and understand their issues.

“It’s a lot easier to judge people than understand them. Anyone can just spout off stuff but what makes journalism special is you have to actually pay attention, vet your facts, receive an earful from your editor and improve your work while reporting the news as a neutral, disinterested, third-party observer. Likewise, I want to bring to bring a reporter’s sensibility to Mr. Jefferson’s Capitol,” she promised on her website.

HollywoodLifers, congratulate Danica on her history making victory in our comments.