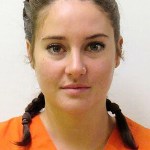 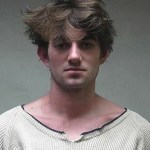 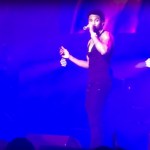 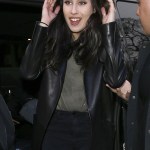 Ethan Cutkosky, the actor who plays Carl Gallagher on ‘Shameless,’ was arrested on Nov. 2 for a DUI, after his car was allegedly swerving on the road. We’ve got all the deets on his wild night out right here.

Well, someone had a rough night. Ethan Cutkosky, 18, had been driving his orange BMW around 10:30 pm the night of Nov. 2, when officers noticed him straddling between two different lanes of traffic. Needless to say, this is never a good sign of the state of the sobriety of the driver. After pulling Ethan over, authorities reportedly caught a whiff of marijuana, and then Ethan allegedly admitted to them that he had smoked pot earlier in the evening.

Officers then had Ethan perform a roadside field sobriety test, which Ethan failed, according to TMZ. Following that, the Shameless star was arrested for a DUI, although it’s still unclear whether or not Ethan had been drinking at the time. Law enforcement officials are still waiting on the results of Ethan’s toxicology tests to come back, so we’ll have to wait and see.

Speaking of which, Blac Chyna, 29, had a scare on Jun. 24 when she was unexpected rear-ended by a DUI-suspected driver. Although she spent over 45 minutes in an ambulance to make sure she was okay, she was thankfully unharmed and eventually whisked away by another car. Meanwhile, a very reformed Justin Bieber, 23, has since vowed to never again get into trouble following his DUI arrest in 2014. On Jun. 19, he posted his mug shot on Instagram with the caption: “Mugshot #jailsnotacoolplacetobe #notfun #neveragain.” Normally, the Biebs’ philosophy is “never say never,” but this is an understandable exception. Perhaps Ethan will take after Justin’s example and learn from this whole sordid experience. Click here to see our compilation of celebrity mug shots.

HollywoodLifers, what do you think will be the result of Ethan’s toxicology tests?