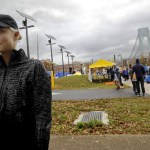 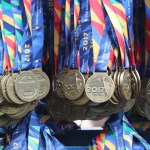 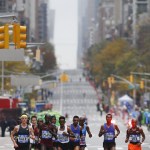 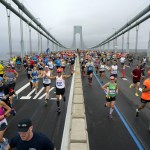 Leave it to the New York City Marathon to be star-studded, as some big stars put themselves to the limit by running the race. From Kevin Hart to Prince Royce, check out the celebs that took part in the extravaganza.

Imagine the shock someone must have felt as the lined up for the New York City Marathon on Nov. 5, only to see that they were shoulder-to-shoulder with a NFL legend, a supermodel or the most famous funnyman in the world? That was the case this year, as the 2017 competition featured a bevy of stars willing to put their bodies through the exhausting and exhilarating race. Kevin Hart, 38, has become an avid runner over the past few years, and he was about to put all his training to the test as he took on his first marathon. Though Kevin’s known for holding impromptu 5K runs while on tour, according to Runners World, the NYC race is 42.2 km.

If anyone’s curious how Karlie Kloss, 24, stays in shape, here’s the answer: run! The supermodel and former Victoria’s Secret Angel got into running when she trained with friends for the 2015 Paris Half Marathon. Since then, she’s become a running enthusiast and this marks her first time running in a full marathon. Leave it to Karlie to look pretty amazing, even while running 26 miles through the streets of the Big Apple.

Tiki Barber, 42, returned the NYC Marathon, having finished the race three times before. This former New York Giants star started running marathons in 2014, and has run in the NYC Marathon twice before. His first time running the 26.2 miles was 5:14:37, and he improved to 4:28:26 in 2016. Here’s hoping he can get it under four hours this year!

Start gun scared the shit out of me 😂😂😂😂😂 I almost went home!!!! It's go time damn it. Click the link in my Bio!!!! #HustleHart #RunWithHart

Carole Radziwill, 54, of Real Housewives of New York promised to get real sweaty by running her first marathon. She was counting down the days until “the run of [her] life” on Twitter. Similarly, singer/songwriter Prince Royce, 28, will make his NYC Marathon debut. The Bronx native is running for National Kidney Foundation and Change For Kids. Catfish star Nev Schulman, 33, chef Daniel Humm, sportscaster Sam Ryan, 48, and professional competitive eater Yasir Salem, also joined the 50,000-plus runners racing this year. Amazing!

Check out the gallery above, HollywoodLifers, for all the stars and highlights from the 2017 NYC Marathon.