Look out, Kimye! Jennifer Lopez and Alex Rodriguez are all cozied up on the cover of this month’s ‘Vanity Fair,’ and they are couple goals to the MAX! Check out the incredible pic here.

After less than a year of dating, Jennifer Lopez and Alex Rodriguez have made their debut on the cover of a major magazine! The lovebirds’ Vanity Fair cover was released on Oct. 31, and it’s basically perfection. In the super sexy photo, J.Lo rocks a form-fitting, black and white dress, and cozies up to her man, who’s in black pants, a white blazer and black bowtie. The happily-in-love duo have their arms wrapped around each other for the shot, and are gazing into the camera with the sexiest matching smolders. Of course, along with the cover shot, there’s also an inside shoot, which is just as perfect.

In the sexiest shot of them all, A-Rod sits atop the kitchen counter with his suit jacket off and his bowtie undone, while Jennifer sides between his legs and he lifts her sequined dress up to show off a matching, glittering thong. Another pic shows the couple lying on a bed while dressed up in their fanciest attire, with her leaning against his chest as they both flash the BIGGEST smiles. In yet another shot, the A-list duo flaunts another favorite part of their relationship — working out together! All-in-all, the whole shoot is sexy, loving and absolute perfection.

The mag also features an in-depth, super lengthy interview, in which Jennifer and Alex reveal exactly what went down on their first date, why they’re so compatible, where their relationship is at now and SO much more. This romance is still somewhat new, but it is most definitely the real deal! 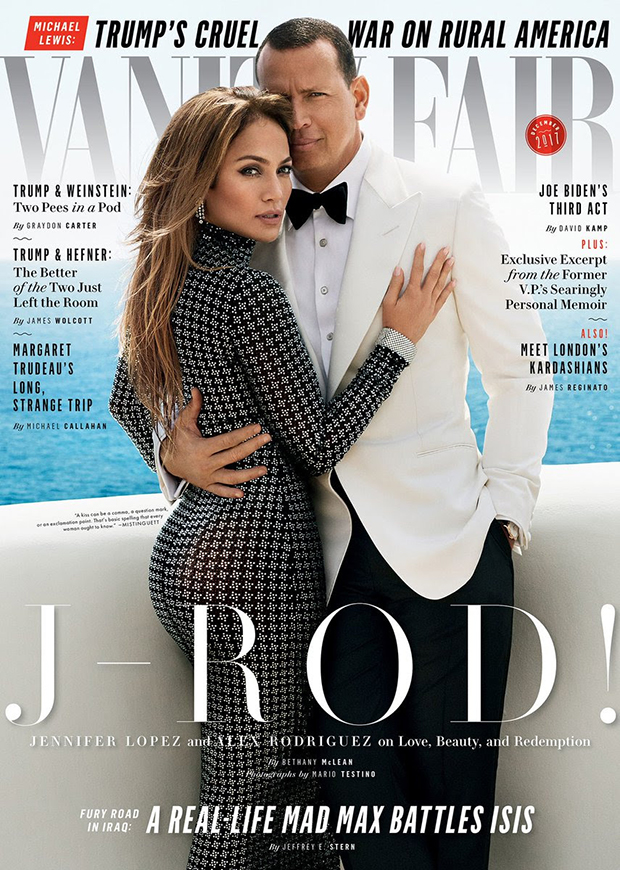 HollywoodLifers, what do you think of J.Lo & A-Rod’s cover?